“Lab on a chip” only costs a penny • Earth.com

“Lab on a chip” only costs a penny

A medical lab takes up an entire room and costs millions of dollars, right? Not the lab that was just created by researchers at Stanford University School of Medicine. This lab costs as little as one cent – and fits on a micro chip.

The “lab on a chip,” as scientists are calling it, will be of particular help in developing countries where access to diagnostic testing is limited. In low-income nations, for instance, the breast cancer survival rate is only 40% and diseases such as HIV, tuberculosis, and malaria have worse outcomes than in countries with access to more affordable diagnostics.

That equipment costs thousands of dollars, however, which is why scientists went to work developing something that could be reproduced at an incredibly low cost.

Not only is the lab-on-a-chip technology affordable, it can be created on an inkjet printer. Creation of the lab requires two parts: a silicone microfluidic chamber for housing cells and a reusable electronic strip, as well as the inkjet printer itself. The printer prints the electronic strip onto a sheet of flexible polyester using conductive nanoparticle ink. It only takes about 20 minutes to create one chip.

The chip is useful for a variety of tests. It can capture single cells from a mix, isolate rare cells, and count cells based on cell types. The cost of a flow cytometer machine to perform that last test, for instance, would run $100,000.

Researchers hope that the “print-it-and-use-it” nature of the device will change the way diseases are diagnosed.

“The motivation was really how to export technology and how to decrease the cost of things,” said Ron Davis, Stanford professor and director of the school’s Genome Technology Center.

The team’s findings were published in the journal Proceedings of the National Academy of Sciences. 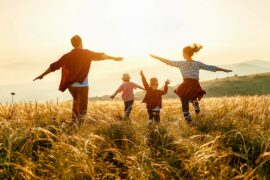 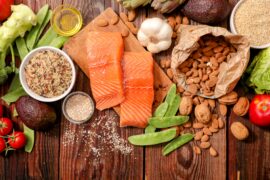