Lack of phosphorus will limit growth of the Amazon rainforest • Earth.com 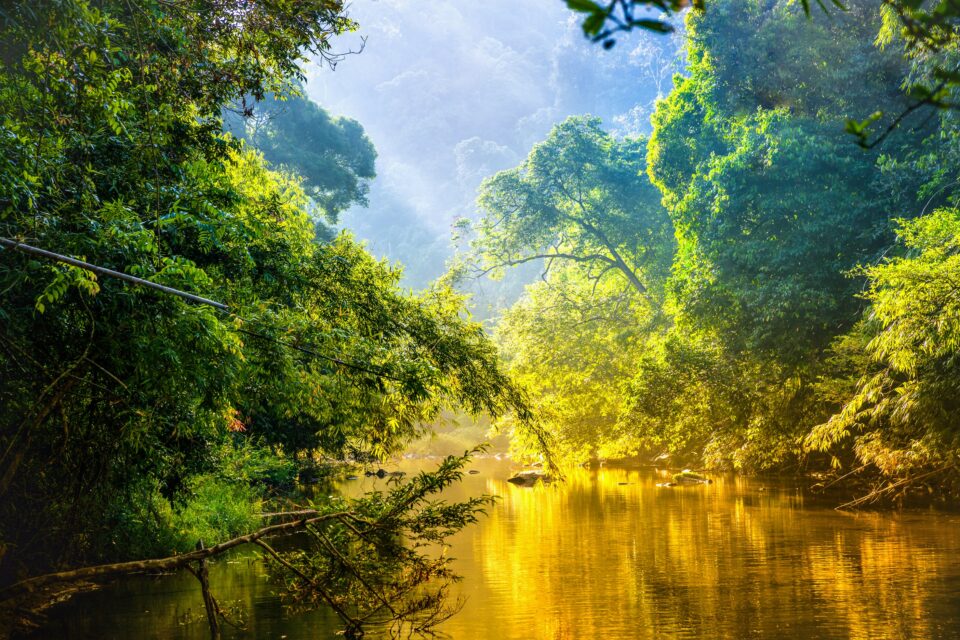 Growth of the Amazon rainforest in our increasingly carbon-rich atmosphere could be significantly limited by a lack of phosphorus in the soil, according to a new study led by Brazil’s National Institute of Amazonian Research (INPA) and the University of Exeter.

Although higher concentrations of carbon dioxide cause plants to grow faster to store more of this greenhouse gas – and thus help mitigating climate change – plants also need nutrients such as nitrogen and phosphorus to grow. As a consequence, reduced availability of such nutrients could limit the Amazon rainforest’s ability to increase its productivity, or growth rate, as CO2 rises, and make it less resilient to climate change.

“Our results question the potential for current high rates of carbon uptake in Amazonia to be maintained,” said study lead author Hellen Fernanda Viana Cunha, a doctoral student in Tropical Forest Science at INPA. “About 60 percent of the Amazon basin is on old soils with low phosphorus content, but the role of phosphorus in controlling productivity was unclear because most fertilization experiments in other parts of the world have been in more phosphorus-rich systems.”

To examine the effects of adding phosphorus, nitrogen, and other key nutrients in an old-growth, low-phosphorus area of the rainforest, the researchers conducted a longitudinal empirical study – the Amazon Fertilisation Experiment (AFEX) – and found that only phosphorus led to increased productivity in the first two years of the experiment. “Having such rapid and strong responses to phosphorus, both above and below ground, is an indication that the whole system was functioning under severe phosphorous limitation,” Cunha explained.

While other nutrients such as nitrogen can be absorbed from the atmosphere by micro-organisms associated with certain soils and plants, phosphorus is not available as an atmospheric gas. Thus, once it becomes depleted, there are little opportunities for phosphorus levels to increase.

The experiments revealed that two years with extra phosphorus led to a significant increase in fine root growth (29 percent) and canopy productivity (19 percent), but not in stem growth. According to Cunha, this may be because roots and leaves require more phosphorus than stem. However, since stem growth is also a much slower process, long-term monitoring is necessary to determine whether stem wood productivity will later on increase.

This study has major implications not only for the rainforest’s carbon storage capacity, but also for its resilience to climate change. “To cope with and recover from increased threats such as droughts, we need the forest to be growing better than it used to,” said Iain Hartley, a professor of Geography at Exeter.

“CO2 fertilization could increase the forest’s resilience, but our findings suggest phosphorus availability will limit that effect – and therefore the risks caused by climate change become increasingly important. In short, parts of the rainforest growing in low-fertility soils may be more vulnerable than is currently recognized,” he concluded.