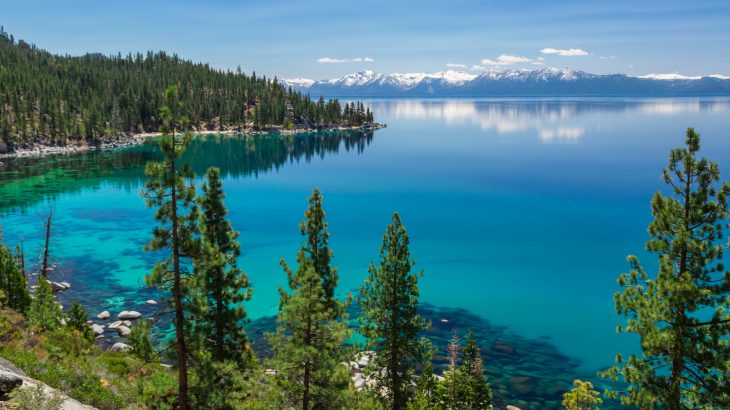 Lake Tahoe’s waters were once so clear that visitors in the 1960s could see clearly down nearly 100 feet. But more recently, the lake has experienced record low levels of clarity due to pollution, sediment runoff, and drought.

But now, researchers from the University of California, Davis Tahoe Environmental Research Center (TERC) have reported that water clarity in Lake Tahoe is in fact improving.

The team found that in 2018, lake clarity was measured at an average depth of 70.9 feet. This was a steady improvement from 2017 when lake clarity was at an all-time low and measurements only reached 60.4 feet down below the surface.

According to TERC’s 2018 State of the Lake Report, the record low water clarity was due to a winter with record high precipitation following a five-year drought.

Sediment from the mountainous region that surrounds Lake Tahoe wash into the lake which impacts clarity, and there was more sediment that washed into the lake in 2017 than in five of the previous years combined.

To measure water-clarity, researchers lower a weighted disk down into the lake and record the lowest depth that the disk is still visible. In 2018, 26 depth measurements were recorded, and in March, water clarity was visible below 100 feet.

Lake Tahoe’s clarity comeback is good news for the lake and for recent efforts to reduce pollution, sediment, and nutrient runoff from roads and agricultural activities.

The ultimate goal for TERC and its partners is to return Lake Tahoe’s clarity to its 1950s and 1960s depths.

“We are thrilled to see Lake Tahoe’s clarity improving from the all-time low of just 60 feet in 2017,” said Darcie Goodman Collins, the CEO of the League to Save Lake Tahoe. “These results encourage us to continue restoring critical habitat and improving our urban areas to keep pollution from entering our lake.”