Land vertebrates are vanishing at an unprecedented rate • Earth.com 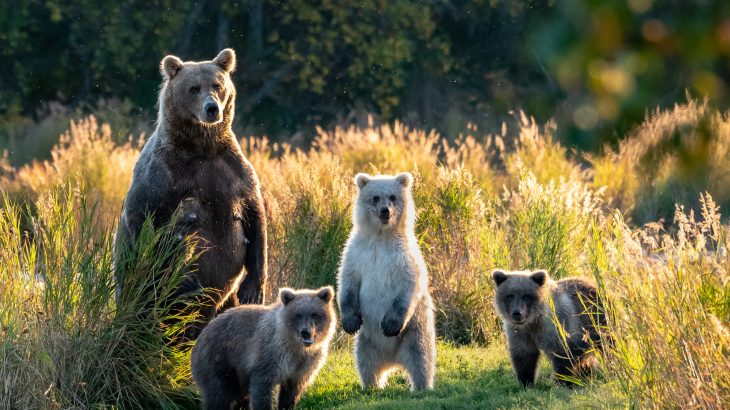 The extinction rate of land vertebrates is accelerating, and the pressures of human activities are to blame. As vital ecosystem services are lost, humans will be forced to face dire consequences.

In a 2015 study, Stanford Professor Paul Ehrlich and colleagues warned that Earth’s sixth mass extinction was already underway. Five years later, Professor Ehrlich is reporting that the situation is even worse than what was previously described.

The research indicates that the wildlife trade, combined with other human impacts, has wiped out hundreds of species and endangered others at an unprecedented rate.

Across the entire 20th century, around 543 land vertebrate species were pushed to extinction. The current study shows that nearly the same number of species are likely to go extinct in the next two decades alone.

According to the researchers, the cascading effects of this trend include increased threats to human health, such as COVID-19.

“When humanity exterminates populations and species of other creatures, it is sawing off the limb on which it is sitting, destroying working parts of our own life-support system,” said Professor Ehrlich.

“The conservation of endangered species should be elevated to a national and global emergency for governments and institutions, equal to climate disruption to which it is linked.”

The loss of land vertebrates will cause ecosystems to become unstable and will weaken their ability to regulate water and air quality, pollinate crops, and to provide people with protection from natural disasters and disease.

To measure the extent of the extinction crisis, the researchers analyzed the abundance and distribution of critically endangered species. They identified 515 species of land vertebrates that are on the brink of extinction, with fewer than 1,000 individuals remaining. Half of these species have fewer than 250 individuals.

Among the 515 endangered land vertebrate species, more than 237,000 local populations have completely vanished since 1900.

As more and more populations are wiped out, it becomes difficult for a species to serve its function in an ecosystem, which can trigger a domino effect of extinctions.

“What we do to deal with the current extinction crisis in the next two decades will define the fate of millions of species,” said study lead author Gerardo Ceballos. “We are facing our final opportunity to ensure that the many services nature provides us do not get irretrievably sabotaged.”

The researchers propose a global agreement to ban the trade of wild animal species. They argue that the illegal capture or hunting of wild animals for food, pets, and medicine is a fundamental ongoing threat not only to wildlife, but also to human health.

The experts noted that COVID-19, which is believed to have originated in bats and jumped to humans through an intermediate host in a live animal market, is an example of how the wildlife trade endangers humans.

“It’s up to us to decide what kind of a world we want to leave to coming generations – a sustainable one, or a desolate one in which the civilization we have built disintegrates rather than builds on past successes,” said study co-author Peter Raven.