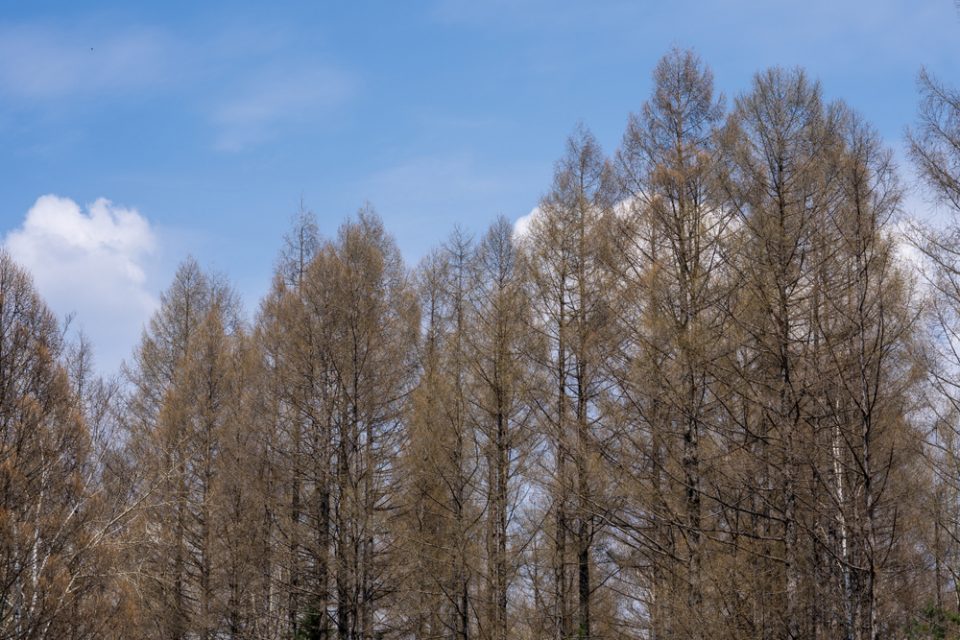 The warming temperatures in the far northeastern region of China are helping larch trees grow – for now. But in the long run, it could mean disaster for the hardy forests.

Researchers from Shenyang Agricultural University looked at growth rings from Dahurian larch trees that grow in the permafrost of northeastern China. The trees, which also grow in Siberia and Mongolia, are Earth’s northernmost tree species and need the permafrost to thrive.

But the heat is having a negative effect on the permafrost below the forest canopy. It’s beginning to degrade, threatening the species’ continued survival.

“The disappearance of larch would be a disaster to the forest ecosystem in this region,” lead author and ecologist Dr. Xianliang Zhang said in a press release.

To reach their conclusions, Zhang and his team studied the rings of more than 400 larch trees in China’s old growth forests. They found that warmer soil temperature during the winters is probably fueling the growth spurts.

In other areas of the world, come permafrost is melting and even becoming wetlands and swamps. Zhang and his colleagues worry that if that happens in northeastern China, it could damage the larch trees’ roots and cause them to decay.

As the permafrost warms, it could release more carbon into the atmosphere, feeding the trend of warming air temperatures. Melting permafrost has also caused landslides in some areas of the world.

“If the larch forests retreat in this region in the future, it is also not a good sign for the whole boreal forest,” Zhang said.

The study has been published in the Journal of Geophysical Research: Biogeosciences.