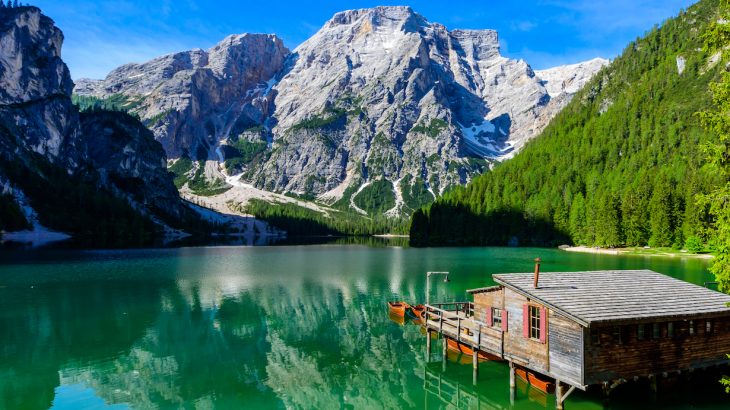 Predatory dinosaurs from the Early Jurassic are very rare and usually quite small in size. But now, Italian paleontologists are describing a previously unknown type of ceratosaurus known as Saltriovenator zanellai, which weighed about one ton. The specimen, which represents largest predatory dinosaur of its time, was uncovered in the Italian Alps.

The fossil remains of S. zanellai were found by an amateur archaeologist in 1996 in a quarry near Saltrio, just northeast of Milan. This marks the first time that a Jurassic dinosaur was recovered from Italy.

An analysis of the fossil revealed that many of the bones had feeding marks by marine invertebrates, which indicates that the dinosaur carcass floated in a marine basin and then sank, remaining on the bottom of the sea for a long time before burial.

“Saltriovenator shows a mosaic of ancestral and advanced anatomical features, respectively seen in the four-fingered dilophosaurids and ceratosaurians, and the three-fingered tetanuran theropods, such as allosaurids,” said Dal Sasso.

Study co-author Simone Maganuco added, “Paleohistological analysis indicates that Saltriovenator was a still growing subadult individual, therefore its estimated size is all the more remarkable, in the context of the Early Jurassic period.”

Scientists have long debated how the hand of birds evolved from their dinosaur ancestors, and the answer remains unclear.

Study co-author Andrea Cau explained, “The grasping hand of Saltriovenator fills a key gap in the theropod evolutionary tree: predatory dinosaurs progressively lost the pinky and ring fingers, and acquired the three-fingered hand which is the precursor of the avian wing.”

The research is published in the journal PeerJ.