When did the famous lemurs first arrive in Madagascar? • Earth.com 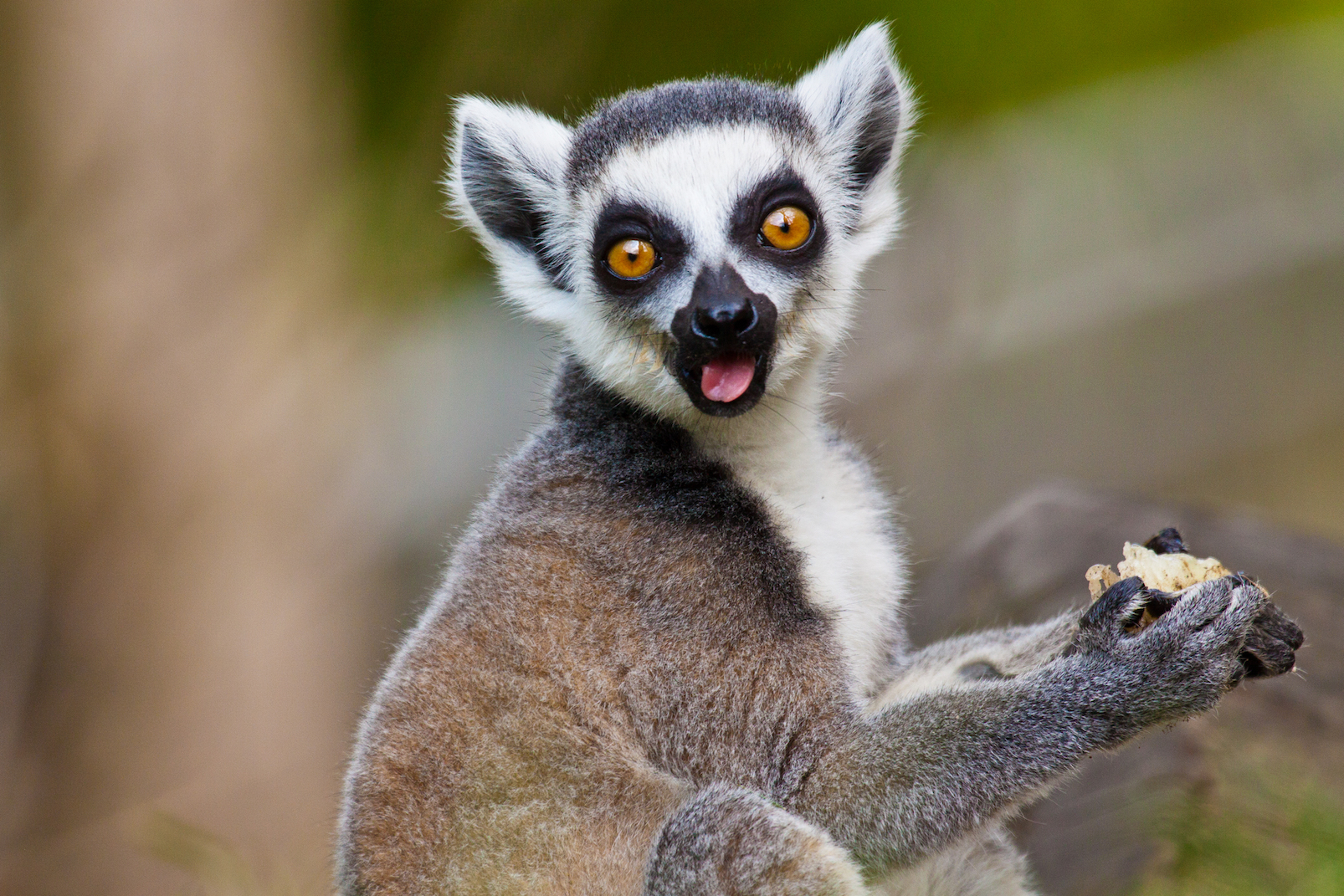 When did the famous lemurs first arrive in Madagascar?

A fossil that was discovered over a half a century ago was long thought to belong to a fruit bat, but a new study suggests that the fossil is actually an early species of lemur.

The new classification of Propotto leakeyi, a 20-million-year old fossil that until recently had been stored in a museum and not given any thought, sheds insight on the evolution of lemurs and when they first populated the island of Madagascar.

Today, lemurs are only found on Madagascar and had been believed to have initially arrived on the island in one big wave a little over 60 million years ago. Now researchers from the University of Southern California and Duke University have a different theory.

The team says that the Propotto fossil shows that the lemur’s early ancestors actually split into two different lineages before arriving on Madagascar.

One lineage lead to today’s aye-aye, while the other going on to diversify into many different lemur species.

The results were published in the journal Nature Communications.

“One implication is that lemurs have had a much less extensive evolutionary history on Madagascar than was previously thought,” said Erik Seiffert, a co-author of the study.

The reason the Propotto fossil was misidentified as a bat for so long was that there is so little of the fossil to study, as only a few lower jaw bones and teeth remain.

It was the teeth that first tipped off researchers from Duke University, who realized they looked more similar to a primate than a bat. The teeth of the fossil matched more closely to today’s aye-aye, a kind of lemur with rodent-like teeth.

The researchers analyzed the genes and anatomical features of 125 mammal species both living and extinct to find comparisons to the Propotto fossil that would better help classify the fossil as a primate and early aye-aye relative.

As suspected, after analyzing molar scans of different mammals, the researchers found that the Propotto teeth had a good deal in common with a 34 million-year-old primate called Plesiopithecus, which is also an ancient relative to the aye-aye.

This led the researchers to theorize that the aye-aye’s ancestors divulged from the lemur family tree 40 million years ago in Africa and only later on did the two groups of early lemur and aye-aye relatives make their way to Madagascar.

The researchers say that contrary to previous theories, lemurs and aye-ayes were not the first mammals to reach Madagascar but instead arrived on the island with other mammalian species.

“It’s possible that lemurs weren’t in Madagascar at all until maybe the Miocene,” said Doug Boyer, a member of the research team.

Their later arrival could also help resolve questions of how exactly early lemurs got to the island in the first place since the animals can’t swim. If they arrived 23 million years ago rather than 60 million years ago, the sea levels would have been lower due to the large size of the Antarctic ice sheet at the time.

Besides correctly identifying the Propotto fossil, the new study completely rewrites the evolutionary history of lemurs and their arrival to Madagascar.