Leprosy has been found in wild chimpanzees • Earth.com 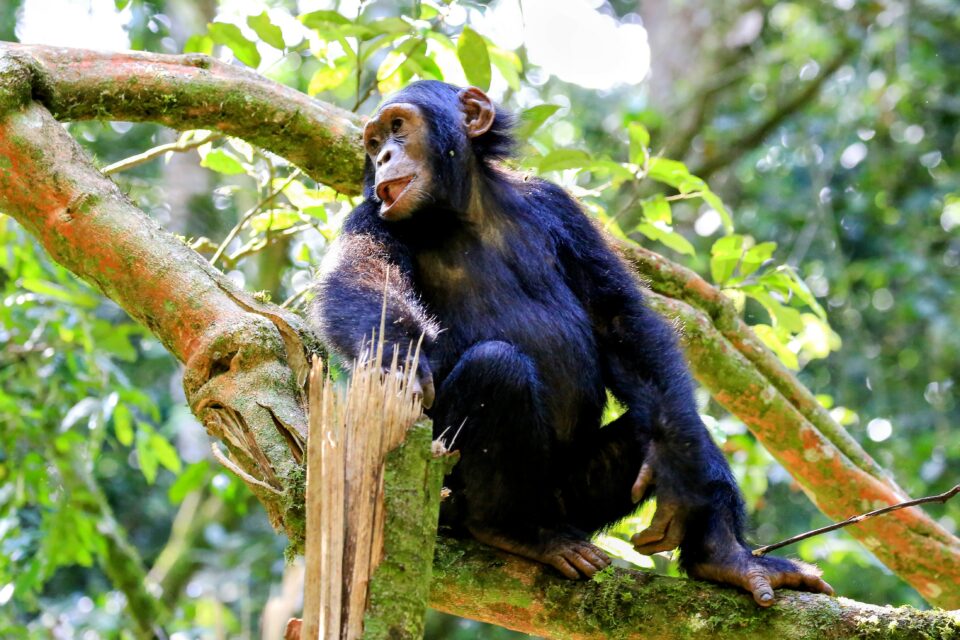 Leprosy has been found in wild chimpanzees

A new study led by the University of Exeter and the Robert Koch Institute reveals that leprosy has been found in wild chimpanzees for the first time. The origins of the infections discovered in Guinea-Bisau and Tai National Park are unclear, but scientists believe that it is probably circulating in more wild animals than previously suspected, either as a result of exposure to infected humans or other unknown environmental sources.

Humans are the main hosts of Mycobacterium leprae, the bacterium causing leprosy. However, spillovers to other mammals such as red squirrels, armadillos, or even captive primates have been known to occur occasionally. This study is the first to document the presence of leprosy in two distinct populations of wild chimpanzees.

“This is the first confirmation of leprosy in nonhuman animals in Africa,” said study lead author Dr Kimberley Hockings, a senior lecturer in Conservation Science at University of Exeter’s Centre for Ecology and Conservation. “It’s amazing that it also happens to be in our closest living relative, the chimpanzee, especially considering how well studied chimpanzees are in the wild.”

The scientists first noticed possible symptoms of leprosy, such as lesions and “claw” hands, in a population of wild chimpanzees in Guinea-Bissau. Since then, further cases have been identified in Tai National Park in western Ivory Coast.

“The strains identified in each chimpanzee population are different, and both are rare in humans and other animal reservoirs worldwide,” reported Dr. Charlotte Avanzi, a postdoctoral fellow at Colorado State University.

“This study unlocks a new step toward the understanding of the disease transmission in endemic countries and more investigations will eventually shed light on the dynamic of transmission between human, animal, and environmental sources.”

According to the scientists, it is possible that in Guinea-Bissau chimpanzees acquired leprosy from humans. However, in Ivory Coast, chimpanzees are more distant from human settlements, so they might have acquired the infection from another animal species, or from environmental sources such as water bacteria or ticks.

Since western chimpanzees are already critically endangered, even the loss of a few individuals could be significant. Further research and long-term health monitoring are needed in order to establish the scale and effects of leprosy among wild chimpanzees.