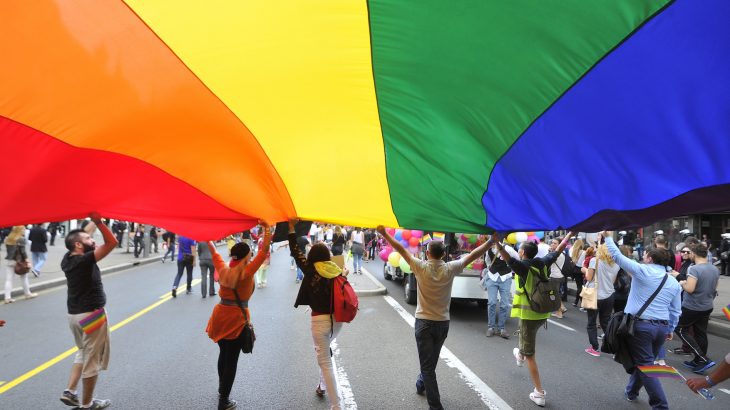 Researchers at Penn State are reporting that individuals who identify as gay, lesbian, or bisexual are at a higher risk for several different health problems. The experts found that sexual minorities were more prone to anxiety and depressive disorders, cardiovascular disease, and drug and alcohol abuse.

Study co-author Cara Rice explained that stress associated with discrimination and prejudice may contribute to these outcomes.

“It’s generally believed that sexual minorities experience increased levels of stress throughout their lives as a result of discrimination, microaggressions, stigma and prejudicial policies,” said Rice. “Those increased stress levels may then result in poor health in a variety of ways, like unhealthy eating or excessive alcohol use.”

Professor Stephanie Lanza said the findings shed light on health risks that have been understudied.

“Discussions about health disparities often focus on the differences between men and women, across racial and ethnic groups, or between people of different socioeconomic backgrounds,” said Professor Lanza. “However, sexual minority groups suffer substantially disproportionate health burdens across a range of outcomes including poor mental health and problematic substance use behaviors.”

It has been previously documented that sexual minorities have an increased risk of substance abuse or anxiety disorders, but Rice said that studies have not yet established whether these health risks remain constant across age.

“As we try to develop programs to prevent these disparities, it would be helpful to know which specific ages we should be targeting,” said Rice. “Are there ages where sexual minorities are more at risk for these health disparities, or are the disparities constant across adulthood?”

The investigation was focused on data from over 30,000 participants in the National Epidemiologic Survey of Alcohol and Related Conditions-III, who were between the ages of 18 and 65. The survey collected information about alcohol, tobacco, and drug use, as well as any history of depression, anxiety, sexually transmitted infections (STIs), or cardiovascular disease.

“Using the time-varying effect model, we revealed specific age periods at which sexual minority adults in the U.S. were more likely to experience various poor health outcomes, even after accounting for one’s sex, race or ethnicity, education level, income, and region of the country in which they reside,” explained Professor Lanza.

Overall, sexual minorities were found to be more likely to experience all of the health outcomes. For example, these individuals had about twice the risk of anxiety, depression, and STIs in the previous year compared to heterosexuals.

The experts also determined that risks for some health problems were higher at different ages. An increased risk for anxiety and depression was highest among sexual minorities in their early twenties, while an increased risk for poor cardiovascular health was higher in their forties and fifties.

“We also observed that odds of substance use disorders remained constant across age for sexual minorities, while in the general population they tend to be concentrated in certain age groups,” said Rice. “We saw that sexual minorities were more likely to have these substance use disorders even in their forties and fifties when we see in the general population that drug use and alcohol use start to taper off.”

Rice said the results of the study could potentially be used to develop programs to help prevent these health problems before they start.

“A necessary first step was to understand how health disparities affecting sexual minorities vary across age,” said Rice. “These findings shed light on periods of adulthood during which intervention programs may have the largest public health impact. Additionally, future studies that examine possible drivers of these age-varying disparities, such as daily experiences of discrimination, will inform the development of intervention content that holds promise to promote health equity for all people.”

The study is published in the journal Annals of Epidemiology.