Life on Earth may have come from another planet, new research shows • Earth.com 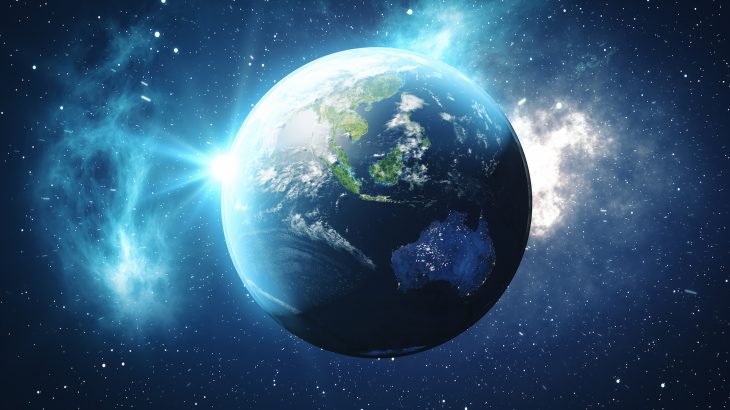 Life on Earth may have come from another planet, new research shows

Petrologists from Rice University believe that Earth received most of its elements essential for life — those being nitrogen, carbon, and other volatile elements — from another planet. More specifically, they believe that the planetary collision that resulted in the moon being created 4.4 billion years ago gave Earth the elements needed to spark life.

“From the study of primitive meteorites, scientists have long known that Earth and other rocky planets in the inner solar system are volatile-depleted,” said Rajdeep Dasgupta, the study’s coauthor. “But the timing and mechanism of volatile delivery has been hotly debated. Ours is the first scenario that can explain the timing and delivery in a way that is consistent with all of the geochemical evidence.”

Dasgupta and his team conducted a series of high-temperature, high-pressure experiments to retrieve their theory, published January 23rd in Science Advances. Via these experiments, lead author and graduate student Damanveer Grewal collected enough evidence to test a potential theory that Earth’s volatiles came from a collision with an embryonic planet with a sulfur-rich core. Grewal explains that the planet in question must have had a sulfuric core in order to explain the presence of sulfur, carbon, and nitrogen within Earth’s layers sans the core — known as the bulk silicate.

After several experiments regarding Earth’s core formation and the possible collision of a sulfur-rich planet, Dasgupta, Grewal and Rice postdoctoral researcher Chenguang Sun, designed a computer simulation using the experimental information as well as known ratios and concentrations of elements both on Earth and in non-terrestrial bodies. This simulation calculated the most likely situation — out of about one billion possible situations — during which Earth’s volatiles were formed.

“What we found is that all the evidence — isotopic signatures, the carbon-nitrogen ratio and the overall amounts of carbon, nitrogen and sulfur in the bulk silicate Earth — are consistent with a moon-forming impact involving a volatile-bearing, Mars-sized planet with a sulfur-rich core,” Grewal said.

“This study suggests that a rocky, Earth-like planet gets more chances to acquire life-essential elements if it forms and grows from giant impacts with planets that have sampled different building blocks, perhaps from different parts of a protoplanetary disk,” Dasgupta said. “This removes some boundary conditions. It shows that life-essential volatiles can arrive at the surface layers of a planet, even if they were produced on planetary bodies that underwent core formation under very different conditions.”

Because Dasgupta firmly believes Earth’s bulk silicate could not have attained the life-essential elements on its own, he says researchers can now “ broaden our search for pathways that lead to volatile elements coming together on a planet to support life as we know it.”