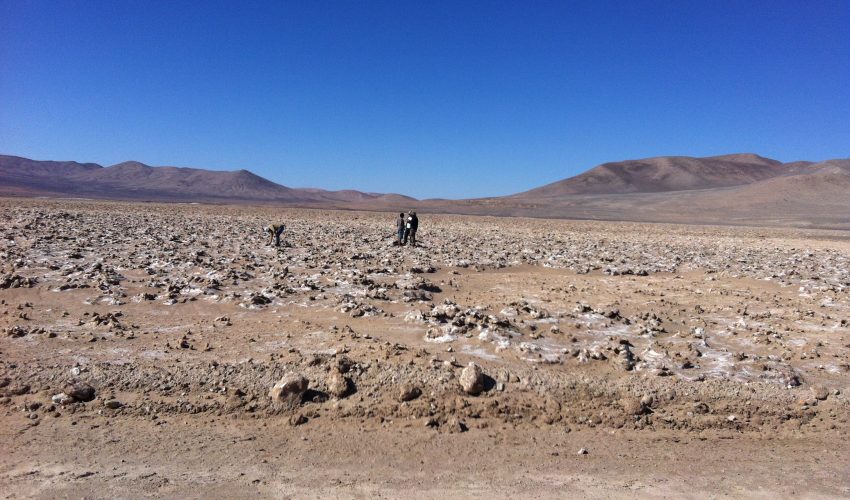 For the first time ever, researchers have witnessed life rebounding in the world’s driest desert. If this desert soil provides a habitat suitable enough for organisms to survive in, the scientists believe there is a great potential for life on Mars.

An international team led by Washington State University planetary scientist Dirk Schulze-Makuch investigated the driest region of the Atacama Desert in South America, where it does not rain for decades at a time.

The hyper-arid environment of the Atacama Desert is the most similar place on Earth to the surface of Mars. Scientists have long speculated whether microbes found in the Atacama soil reside here permanently or if they are simply blown in by the weather.

When the team arrived at the desert in 2015, it actually rained. After this rare event, the researchers detected an explosion of biological activity in the desert soil.

The scientists analyzed soil samples and found several native species of microbial life. When the researchers returned over a year later, they discovered that these specialized bacteria have adapted to survive by going dormant for decades without water and then reactivating when it finally rains.

“In the past, researchers have found dying organisms near the surface and remnants of DNA but this is really the first time that anyone has been able to identify a persistent form of life living in the soil of the Atacama Desert,” said Schulze-Makuch.

“We believe these microbial communities can lay dormant for hundreds or even thousands of years in conditions very similar to what you would find on a planet like Mars and then come back to life when it rains.”

Schulze-Makuch will return the Atacama Desert to investigate how the native microbial inhabitants have evolved. The team also hopes to look for life in the Don Juan Pond, a shallow in Antarctica that is so salty that it rarely ever freezes.

“There are only a few places left on Earth to go looking for new lifeforms that survive in the kind of environments you would find on Mars,” said Schulze-Makuch. “Our goal is to understand how they are able to do it so we will know what to look for on the Martian surface.”