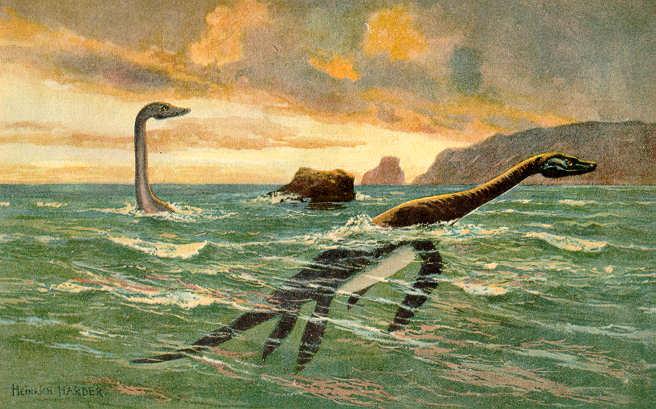 In Antarctica, scientists have just discovered the bones of a 150 million-year-old giant – a plesiosaur, which is now the first of its species located in Antarctica, and the oldest creature ever found on the continent.

Plesiosaur’s had a gigantic body – up to 39 feet long, with four powerful flippers and a long, snake-like neck. Oddly enough, they look a lot like the fabled Loch Ness Monster, which is said to still live in a lake in Scotland. The plesiosaur family was quite diverse, and includes a number of unique species.

The remains were found at the tip of the continent where, according to paleontologist Soledad Cavalli, “you can find a great diversity of fish, ammonites, some bivalves, but we did not expect to find such an ancient plesiosaur.” Cavalli continues, “The discovery is pretty extraordinary, because the rock types at the site weren’t thought conducive to the preservation of bones, like the vertebrae of this marine reptile.”

The first documented discovery of a plesiosaur skeleton was published in 1719 by William Stukeley, an English antiquarian. Since that time, hundreds of fossils have led to scientists getting a better understanding of this enormous animal of the past. This month alone, this discovery in Antarctica likely takes a backseat to an earlier discovery of the oldest plesiosaur specimen ever found.

These living giants survived with dinosaurs from the Jurassic period until their extinction at the end of the Cretaceous period. It is believed that the last of these creatures died roughly 66 million years ago, when an asteroid collided with the Earth. Luckily for us, there are many more skeletons to find.