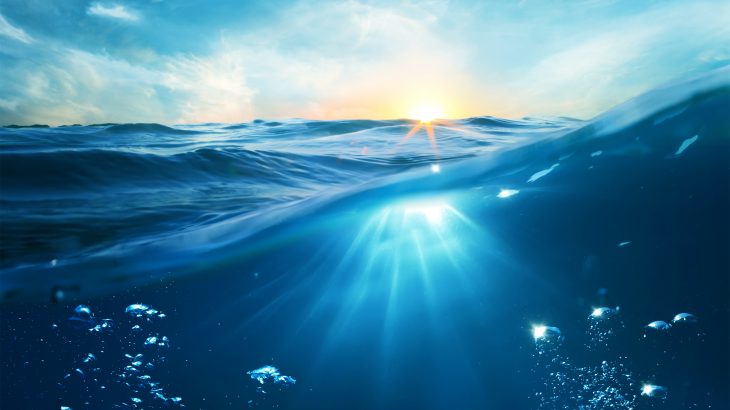 “Marine sediments represent a massive microbial ecosystem, but we still do not fully understand what factors shape and limit life underneath the seafloor,” wrote the study authors.

In 2016, Professor Spivack was part of the International Ocean Discovery Program (IODP) Expedition 370, which aimed to explore the limits of life in the deep subseafloor biosphere.

The study follows a recent report that microbial diversity below the seafloor is as rich as it is on Earth’s surface. The researchers had discovered 40,000 different types of microorganisms from core samples from 40 sites around the globe.

The current investigation focused on the Nankai Trough off the coast of Japan, where scientists drilled a hole 1,180 meters deep to reach deep sea sediment at 120 degrees Celsius.

According to Professor Spivack, one way to identify life is to look for evidence of metabolism. “We found chemical evidence of the organisms’ use of organic material in the sediment that allows them to survive. This research tells us that deep sediment is habitable in places that we did not think possible.’

Professor Spivack said the research could point to the possibility of life in harsh environments on other planets.

According to the study, sediments that lie deep below the ocean floor contain increasingly extreme and inhospitable environments. Temperature and pressure steadily rise with depth, and the energy supply becomes more and more scarce.

It was only about three decades ago that scientists discovered that microorganisms inhabit the seabed at depths of several kilometers despite the harsh conditions. The deep biosphere is still not well understood, and many basic questions remain such as what are the limits of life and what factors determine them.

“Only a few scientific drilling sites have yet reached depths where temperatures in the sediments are greater than 30 degrees Celsius,” explained Professor Kai-Uwe Hinrichs. “The goal of the T-Limit Expedition, therefore, was to drill a thousand-meter deep hole into sediments with a temperature of up to 120 degrees Celsius – and we succeeded.”

The researchers said that, like the search for life in outer space, determining the limits of life on the Earth is full of technological challenges.

“Surprisingly, the microbial population density collapsed at a temperature of only about 45 degrees,” said study co-author Fumio Inagaki. “It is fascinating – in the high-temperature ocean floor, there are broad depth intervals that are almost lifeless. But then we were able to detect cells and microbial activity again in deeper, even hotter zones – up to a temperature of 120 degrees.”

Professor Spivack said the project was like going back to his roots. He and fellow URI Professor David Smith had been involved in a drilling expedition at the same site about 20 years ago. The findings from that expedition helped to spark interest in the study of the deeply buried marine biosphere.

The experts will continue to analyze the samples for months and years to come. “The technology to examine samples collected from the moon took several years to be developed, and the same will be true for these samples from deep in the ocean sediments,” said Professor Spivack. “We are developing the technology now to continue our research.”