Litter on Cuban beaches is out of control • Earth.com 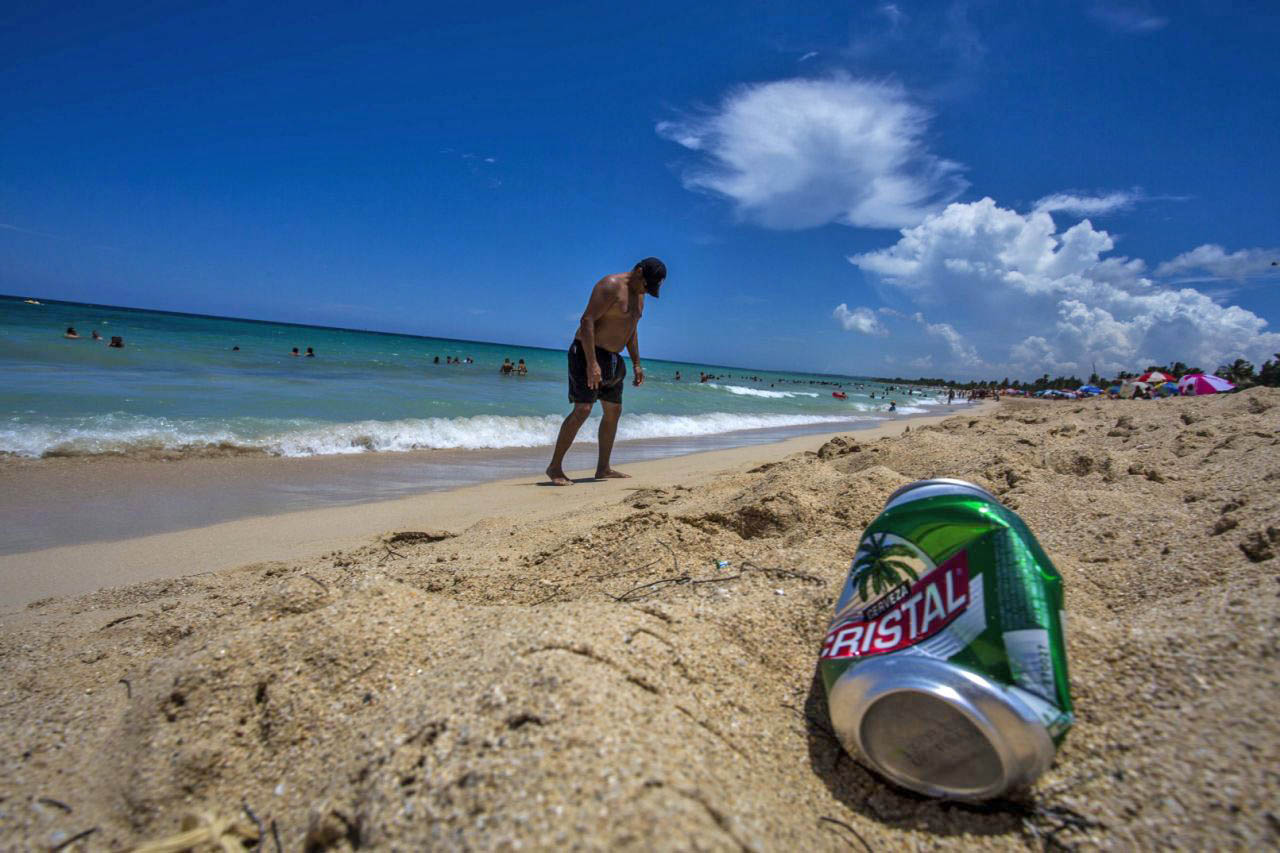 Litter on Cuban beaches is out of control

Litter on Cuban beaches is out of control Hayde Lanza, her sister-in-law and their children left home in their swimsuits after breakfast, loaded with food, juice and bottled water. A 40-minute bus ride later they were staring at a turquoise sea riffled by a gentle Caribbean breeze – and a powdery white beach littered with food wrappers and aluminum cans.

“There are cardboard boxes and broken bottles,” Lanza said. “In the water there’s cracker packages, plastic, everything. There’s no respect for the people who show up after you. Even right next to the trash cans there’s piles of trash on the ground.”

Litter is a problem virtually everywhere in the world. But the trashing of Cuban beaches by beachgoers themselves has become so extreme that tourists are complaining and Cubans bemoan it as a symptom of something amiss in a nation that’s long cherished cleanliness, order and mutual respect.

“No one has a sense of ownership, not of the environment, or of the beach or anything. People think, ‘This isn’t mine so it doesn’t matter if it’s dirty,'” said Yanelis Silva, who was selling snacks, drinks and fried chicken at a beachfront stand on the eastern outskirts of Havana.

“It was really disappointing to get to one of the most beautiful beaches in the world and find mountains of trash,” one tourist wrote on TripAdvisor about her time in Varadero, one of Cuba’s best-known resorts.

Particularly extreme during summer vacations, the beach trash problem fuels a widely shared Cuban belief that national values disintegrated during the post-Soviet economic collapse known here as the Special Period. For many Cubans who remember the Cold War decades of subsidized plenty, the economic deprivation that began in the 1990s caused permanent damage to standards of personal behavior in one of the world’s last communist-run societies.

“There’s no justification, but at one point the situation in our country was so hard that people stopped worrying about public resources because they had to take of their personal needs,” Silva said.

Government advertising campaigns, billboards in the dunes, new trash cans on the beaches and tractor-driving public cleanup crews have failed to ease the problem.

At the height of the summer beach season, it’s common to see beachgoers spend a day eating, drinking and playing in the water, then leave all their trash in a mound on the sand.

“It’s like your house is your sanctuary and anywhere outside it, you don’t care what’s happening,” said Angela Corvea, an environmental activist and marine biologist.

Cuba played host to 3.5 million tourists last year and expects 3.8 million in 2016, part of a boom set off by the declaration of detente with the United States in December 2014. Numbers are expected to surge even higher when commercial flights to and from the United States start again this month after a 54-year hiatus.

“This is bad for business. When they see the beach trashed they’ll go somewhere else,” said Armando Rodriguez, a souvenir vendor with a stand on a beach outside Havana. “We arrive and clean up our area and by midday it’s full of cans.”

Many Cubans remember a time when they could be fined for littering, but enforcement has virtually disappeared in recent years. Cuban environmentalists say public awareness campaigns needs to be accompanied by officials again imposing the legally required fines of $9 to $90 for leaving garbage in public areas – a heavy burden in a country where take-home pay averages about $25 a month.

“We have to be aware that if we hope for economic development through tourism, we have to take care of the beaches,” said Osmel Francis, a musician and environmentalist. “I lot of people these days don’t even want to swim because there’s so much trash.”