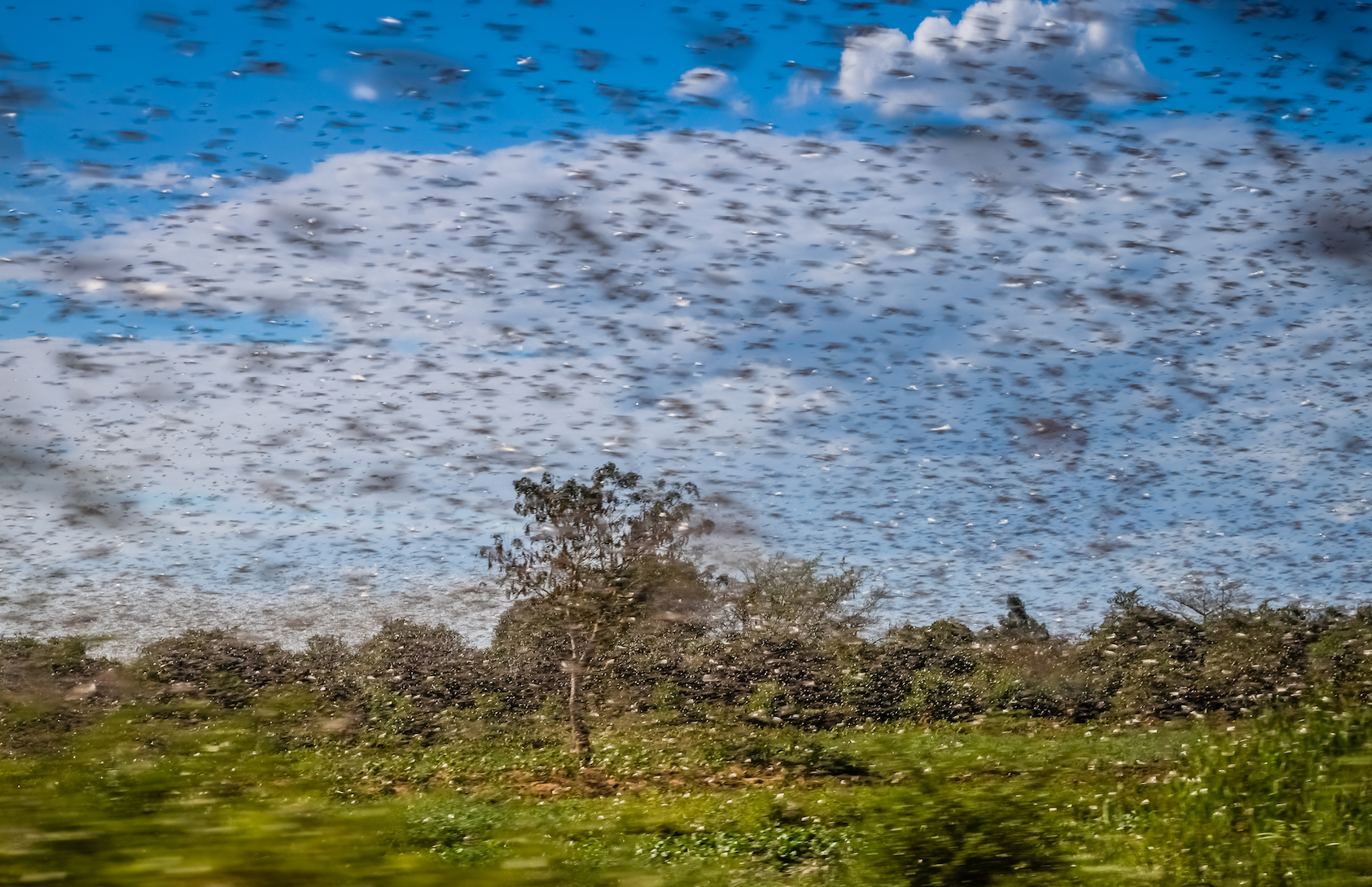 A new study using locusts could help provide insight into sensory experiences and how the brain processes smells and recognizes them later on.

Tackling sensory experience with science is not new, but previous studies do not account for the variability that we experience in our everyday lives.

For example, we know what a rose smells like in a rose garden, on its own, in a flower shop and on a busy street. Simply studying a person’s neural activity while smelling a single rose doesn’t explain how we can recognize the scent of a rose amidst other sensory distractions.

To better understand this, researchers from the School of Engineering & Applied Science and Washington University in St. Louis conducted a study that examined how locusts responded to sensory input in a dynamic environment with other scents.

The results were published in the journal Nature Communications.

First, the researchers had to condition locusts to respond to a certain scent and they did this using the popular Pavlov’s dog model. The locusts were exposed to a puff of hexanol followed by grass to eat.

Eventually, the locusts learned to associate the scent with eating. When they smelled hexanol the locusts would open up their palps, organs outside of their mouths that functions like lips because they knew that they would soon get to eat grass.

When the locusts were exposed to the hexanol on its own, the researchers saw no change in the locusts’ neural activity. However, when the locusts smelled a distractor smell first, different combinations of neurons fired off after smelling the hexanol.

This explains the variability of sensory experience based on what’s happening in the current environment, but this also doesn’t realistically mirror how we experience smells on a day to day basis.

The researchers compared variability to smelling a chocolate chip cookie at a coffee shop and a tea shop.

If we were to process sensory input based on context alone, then the coffee shop cookie and tea shop cookie would have two very different smells, even though they are the same food with the same ingredients.

The locusts were able to recognize the hexanol in a range of settings which suggests that there is more than variability and context to sensory experience.

The researchers discovered through further analysis that the locusts used something called the “An OR-of-ANDs” logical operation to recognize the hexanol.

The “An OR-of-ANDs” logical operation explains how we can generalize and classify things based on certain traits and features.

There were some similarities in the locusts’ brain activity when smelling the hexanol on its own and when presented with a distractor scent first which shows that there are certain fixed patterns in regards to different sensory input even amongst other distractions.

The researchers next hope to test their findings with locusts and sensory experience on fruit flies to see if brain activity across the different insect species is the same.