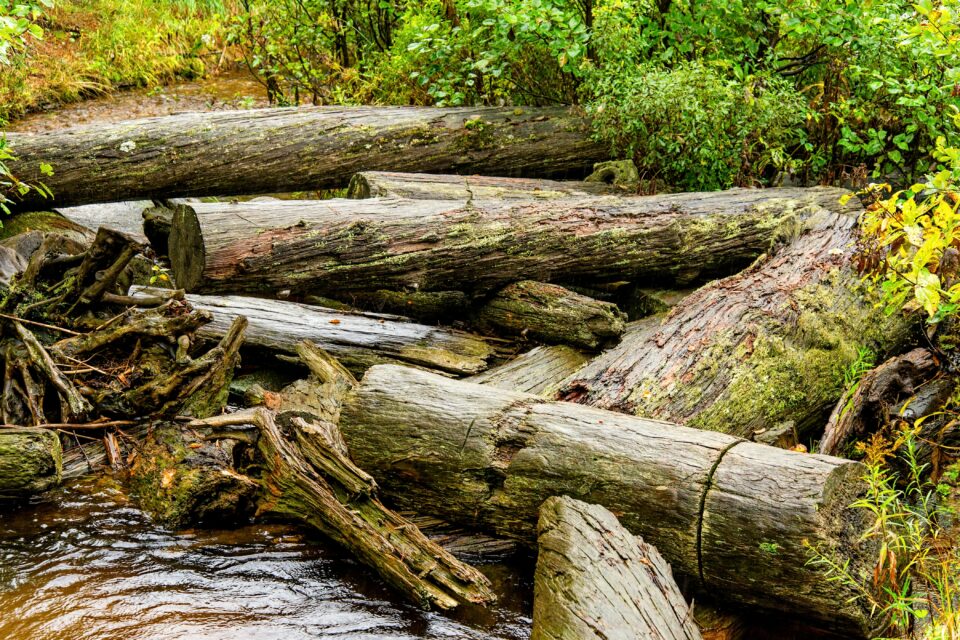 In the past, people removed large pieces of wood from streams because they preferred the aesthetics of the pristine rivers depicted by European colonists. Ivan Arismendi is an associate professor in the Department of Fisheries, Wildlife, and Conservation Sciences at Oregon State University. He explained some of the other reasons that people had for eliminating log jams.

“There is a lot of cultural legacy there, with log jams areas seen as places that increased flood risk, impeded navigation and transport, and accumulated debris,” said Professor Arismendi.

However, this idea began to change in the 1980s when biologists realized that these “log jams” enhanced fish habitat. Land managers developed programs to undo past damage, and logs were purposefully put back into streams.

A team of researchers at OSU was curious to know how the presence of wood in streams may affect land-dwelling creatures. To explore this question, Ezmie Trevarrow and Ivan Arismendi set up 13 motion-activated cameras near large log jams near Corvallis, Oregon, between July 2020 and June 2021.

The experts observed 40 species, including mule deer, raccoons, belted kingfishers, and American robins. They also observed one golden eagle, which is a rare find in the region.

Most (68%) of the activity around the log jam consisted of movement, but animals also used the area to rest (18%) and to eat and handle their food (9%). The team observed some spectacular activities, including one brave little deer mouse who used a log to cross the creek during high flow – even though water covered the log.

The study areas were used mainly in the spring, fall and summer, but there was activity in the winter as well. This finding suggests that log jams serve as year-round highways for wildlife in the area.

“This study reveals a hidden role of large wood in streams. The findings are valuable for land managers because they demonstrate additional value of restoration projects that involve wood placement into streams,” said Trevarrow.

​​Professor Arismendi is looking forward to gathering more data. This summer, he will set up 30 cameras in Oregon State’s H.J. Andrews Experimental Forest in the Cascades Mountains. “This is the beginning of looking into this topic more in-depth. I think there is a lot to unpack about the role of log jams in rivers.”

This study was recently published in Biodiversity and Conservation.