Long-extinct tiger may be reintroduced in Kazakhstan • Earth.com 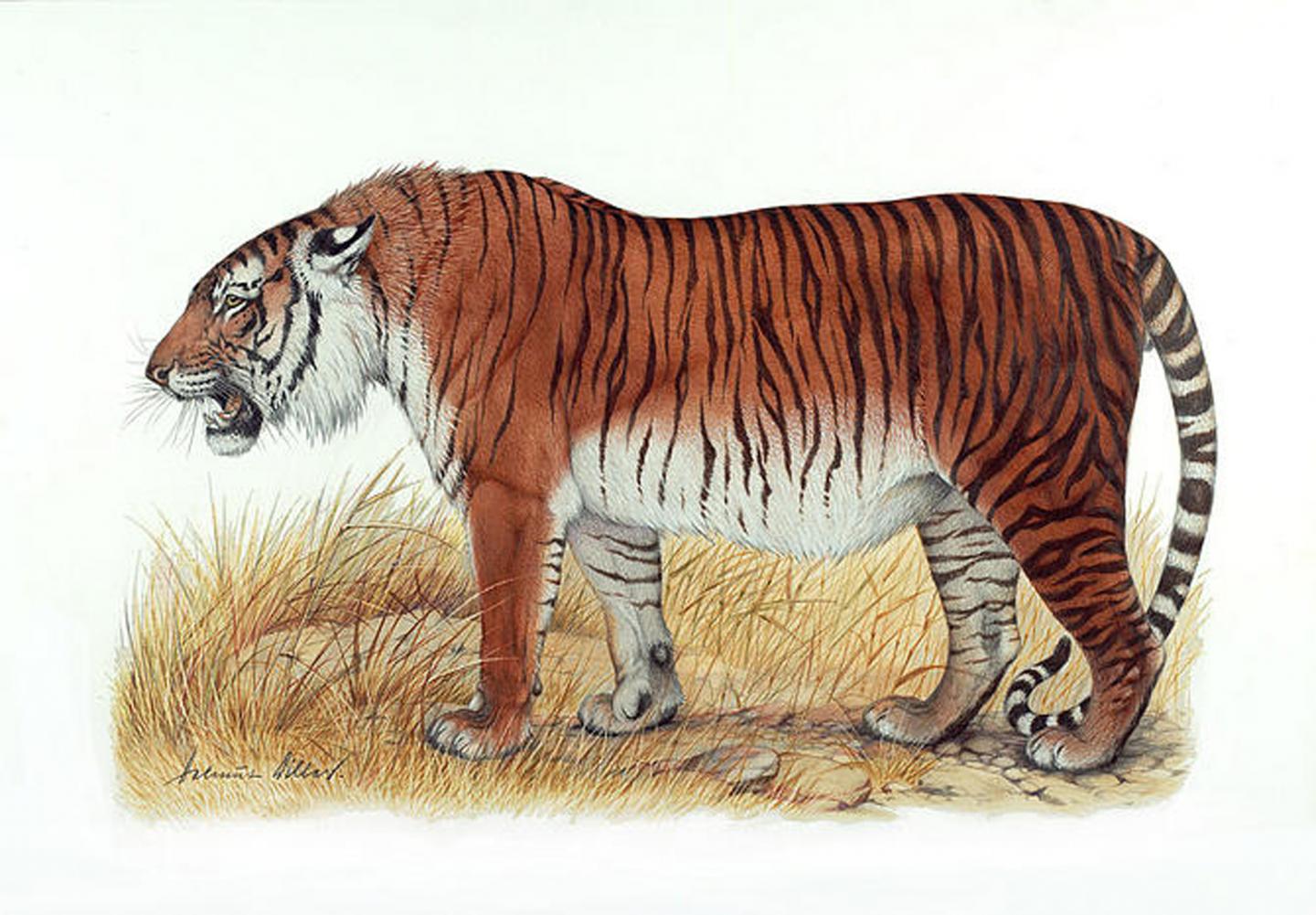 Long-extinct tiger may be reintroduced in Kazakhstan

After ten years of declining numbers, the World Wildlife Fund reports that the global tiger population is beginning to bounce back. Among the species they hope to see again are Caspian tigers, a long-extinct tiger breed. They roamed through Central Asia before they were declared extinct in the mid-1960s.

How do you reintroduce an animal that’s extinct? The marvels of modern day science, of course. Researchers from the SUNY College of Environmental Science and Forestry have plans to use a subspecies that’s genetically identical the Caspian.

Once they have the tigers, scientists have identified the perfect habitat for them: an area of Kazakhstan that is an ideal environment for the newly-introduced species to flourish.

The Caspian became extinct in part because for a time, there was a price on its head. The Soviet Union paid a bounty for each tiger that was trapped or poisoned – a practice that continued until the 1930s. They also suffered from disruptions to their habitat caused by irrigation projects that tore through the forests and frightened away the tigers’ prey.

With the tigers now off-limits for hunting, their status would be protected. In an article published in the journal Biological Conservation, the team explains how environmental groups and Kazakhstani government would prepare the tigers’ potential habitat before they could be reintroduced. Mikhail Paltsyn, a member of the research team, says that people must work to stop the riparian zone degradation that has resulted from wildfires. Since tigers need food, the next step would be to restore hoofed prey mammals to the area. Human safety issues need to be addressed in order to ensure the continued survival of those living in the area, as well as the tigers. Water is also an issue, and Paltsyn suggests that efforts be undertone to raise the water levels in nearby Balkash Lake.

The possible habitat area for the long-extinct tiger spans about 2,7000 square miles. If the plan moves forward, the population of Caspian tigers could grow to between 64 and 98 tigers within 50 years.