Loss of fruit-eating animals will endanger the Atlantic Forest • Earth.com 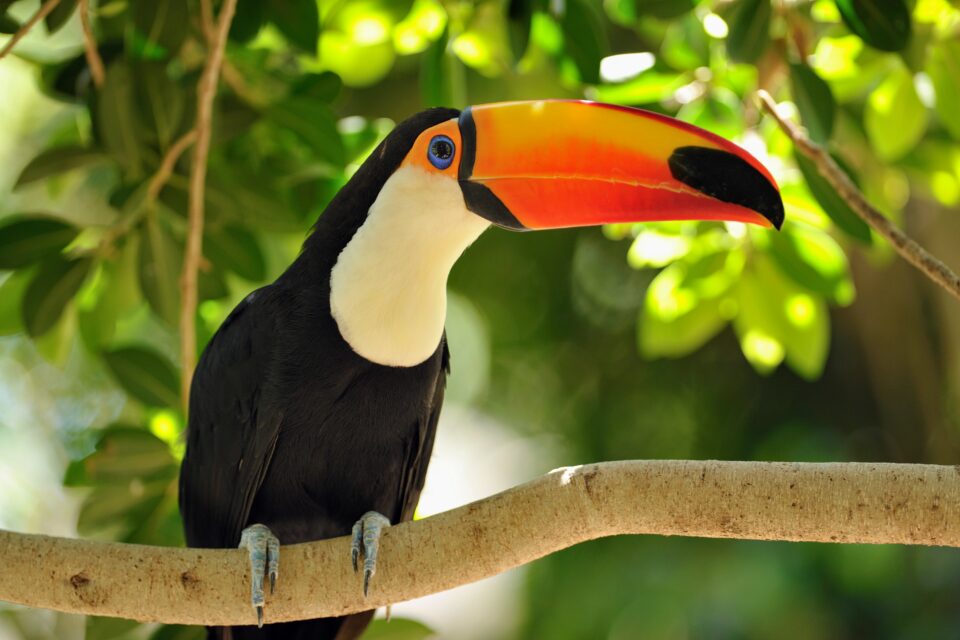 Loss of fruit-eating animals will endanger the Atlantic Forest

The Atlantic Forest is one of the most diverse natural areas on the planet. Located on the coast of Brazil, this tropical forest is home to a large number of plant species. In a new study from the University of Washington, researchers warn that many plants in the Atlantic Forest rely on endangered fruit-eating animals, and that losing these frugivores could have dire consequences.

Frugivores are animals that primarily eat fruit and disperse the seeds throughout the forest. The loss of important fruit-eating animals would leave many plants without an effective method of seed dispersal.

“Tropical forests contain this incredible diversity of trees,” said study lead author Therese Lamperty. “One of the main processes forests use to maintain this diversity is dispersal. If you’re not dispersed, you’re in a crowd of trees that are just like you – all competing for resources. And there are a lot of plant enemies already in the area or that can be easily recruited, like harmful animals or plant diseases. Your chance of survival is higher when you get transported away from your mother tree to an area without trees like you.”

The Atlantic Forest was once twice the size of Texas. According to The Nature Conservancy, about 85 percent of the forest has been lost over centuries due to deforestation, industrial development, and urbanization in eastern Brazil.

To investigate the diet and distribution of fruit-eating animals in the Atlantic Forest, the researchers analyzed a dataset based on 166 studies. This allowed the experts to identify the interactions between 331 frugivore species and nearly 800 tree species. “For reference, the entire state of Washington only has 25 native tree species,” said Lamperty.

According to the International Union for the Conservation of Nature, only 14 percent of the frugivore species that were analyzed by the team are endangered. However, the experts determined that losing these particular species left about 28 percent of the plant species in the Atlantic Forest without an effective method of seed dispersal.

“A lot of frugivores are generalists. But in the Atlantic Forest, it turns out that a lot of plants are specialists,” said study senior author Berry Brosi. “The size and the toughness of their fruit and their distribution in the forest can really limit which animals can perform this important role for them.”

Overall, nearly 55 percent of the specialist plant species in the dataset rely exclusively on endangered frugivores for seed dispersal. Lamperty said that while losing one species is bad enough, this study serves as a reminder that what appears to be one loss has numerous “secondary effects.”

“It’s a reminder that we should try to understand better what ecological roles and interactions we lose when endangered animals disappear – not just these seed dispersal networks, but other roles, too,” said Lamperty. “Endangered animals have co-evolved with many species in these ecosystems, and I’m not sure we know enough about the roles they play in the health and well-being of places like the Atlantic Forest.”

“It’s an alarming finding, and a sign that we should pay more attention to these interactions between species when considering conservation and land protections,” said Brosi.