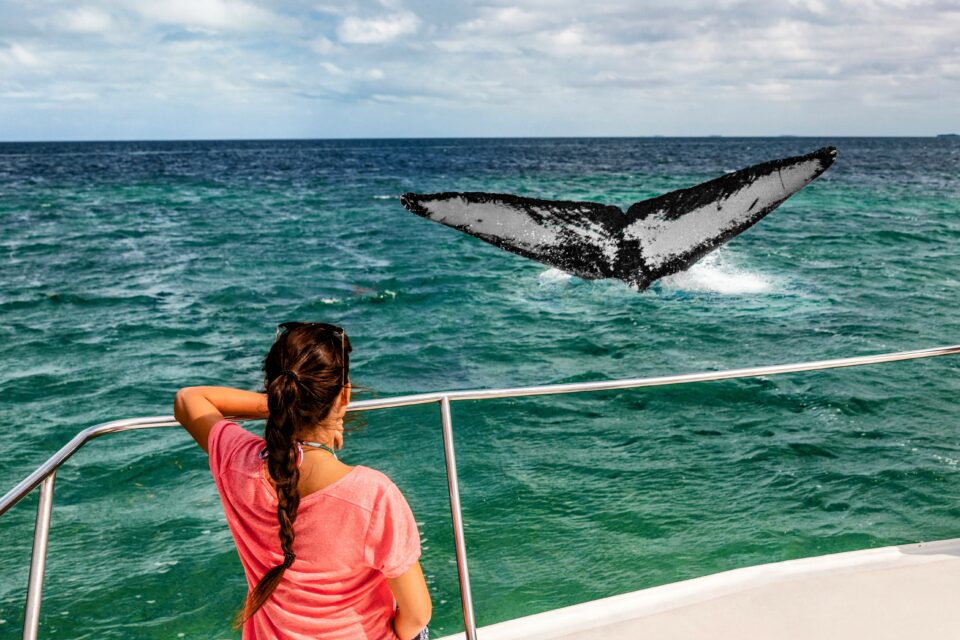 A new study published in the journal Scientific Reports has examined how whale watching boats with louder engines impact short finned pilot whales. Previous research suggests that boats can change whale behavior. The impact of boat noise on toothed whales remains uncertain, however, and there are no regulations on the noise levels of whale watching boats.

“The growth of whale-watching globally brings a subsequent rise in the number and/or size of vessels used to watch cetaceans (whales, dolphins, porpoises). Whale-watching has been viewed as a non-invasive activity, and an economic alternative to whaling.”

“Whale-watch vessels, however, spend large amounts of time within close proximities of cetaceans, and consequently, can have adverse fitness consequences on targeted individuals or populations.”

The boats slowly passed the whales at a distance of approximately 60 meters, complying with the laws of the Canary Islands.

With the quieter electric engines, there was no significant change in whale behavior when approached. This suggests that quieter motors can be beneficial to ethical whale watching.

The researchers point out that the less time the whale calves spend nursing and resting, the more energy they consume. This reduces the likelihood calves will survive to adulthood.

The research shows that even when current guidelines are met, whales can be disrupted from their normal behavior. The scientists suggest that their findings call for a change in the whale-watching guidelines, and that engine noises should be reduced for the long-term survival of the whales.