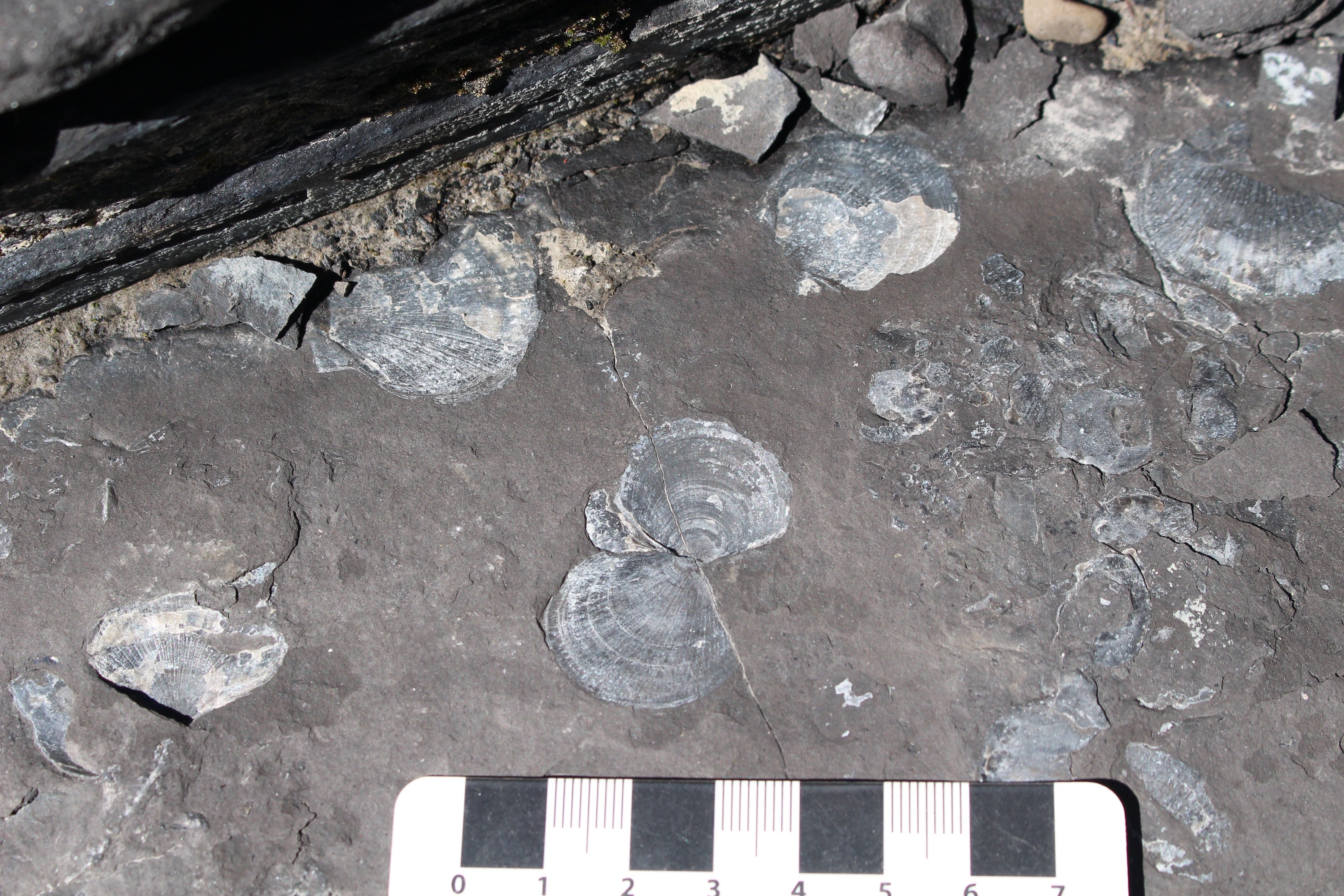 Scientists have established that low ocean-oxygen during the Early Jurassic period strained ecosystems and the number of marine species dwindled. The team used 183-million-year old fossils and chemical markers to track the environment of this time period.

The research was led by Rowan Martindale of The University of Texas at Austin Jackson School of Geosciences. Martin Aberhan, a curator at the Institute for Evolution and Biodiversity Science at the Natural History Museum in Berlin, co-authored the study.

The research team focused their analysis on a fossil site in Canada located at Ya Ha Tinda Ranch in southwest Alberta. The site contains fossils of organisms that lived in a shallow sea which covered the area during the Early Jurassic.

Fossil evidence located at the site sheds new light on the Toarcian Oceanic Anoxic Event, a period of low oxygen in ocean waters believed to be the result of volcanic eruptions. Researchers can learn about the oxygen levels in the Early Jurassic environment from the type and amount of carbon contained in rocks at the fossil site.

“We have this beautiful geochemical record that gives us a backbone for the timing of the Oceanic Anoxic Event,” said Martindale. “So with that framework we can look at the benthic community, the organisms that are living on the bottom of the ocean, and ask ‘how did this community respond to the anoxic event?”

The fossils provide evidence that the waters contained an abundance of species including fish, ichthyosaurs, oysters, and lobsters prior to the Toarcian Oceanic Anoxic Event. Some of the species recovered after the event, while other species completely vanished. The clams that existed before the anoxic event were much bigger than the clams that replaced them, most likely due to a lack of oxygen.

The sea life discoveries at the ranch coincide with findings at European fossil sites. The marine environment recorded at Ya Ha Tinda, however, does not appear to have bounced back as quickly as other sites. Martindale said the fossils indicate that the environment was experiencing local stresses that kept oxygen low.

“One lesson we can learn from this study is that, on a human time scale, climate-related stresses can have very long-lasting effects, with no signs of recovery for hundred thousands of years, and that the communities before and after a climatic crises can look quite different in composition and ecological functioning,” Aberhan said.

Source: The University of Texas at Austin Jackson School of Geosciences

Image: The University of Texas at Austin/Rowan Martindale