Lunar cycles have a secret influence on human reproduction • Earth.com 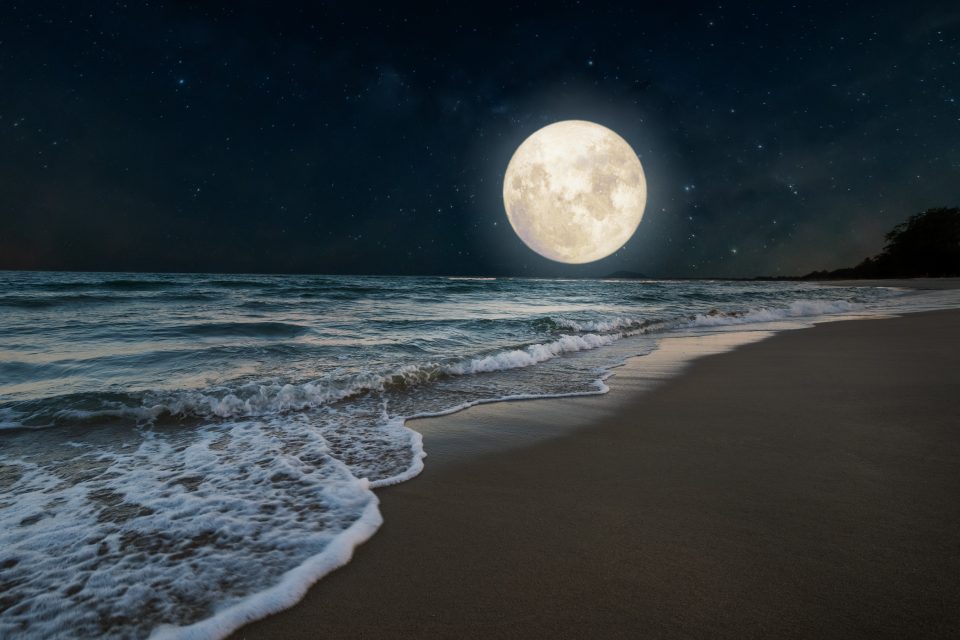 Lunar cycles have a secret influence on human reproduction

Researchers have found evidence that women’s menstrual cycles are synchronized with lunar cycles, including the intensity of moonlight and the moon’s gravitational pull. The experts theorize that this synchronization was strongest in ancient times and has been widely lost due to modern lifestyles and exposure to artificial light at night.

Study lead author Charlotte Förster holds the Chair of Neurobiology and Genetics at the University of Würzburg (JMU). “We know many animal species in which the reproductive behavior is synchronized with the lunar cycle to increase reproductive success,” said Förster.

Both menstrual and lunar cycles have a length of around 29.5 days, which indicates that there is a correlation. The idea is also supported by the results of previous research. For example, multiple older studies show that women who have menstrual cycles that are synced up with the moon have the greatest chances of becoming pregnant.

To investigate, Förster and her team analyzed the timing of the menstrual cycles of 22 women who had kept menstrual diaries for up to 32 years. “To our knowledge, this approach to analyzing this type of long-term data has not been used before.”

Förster explained that the moon exhibits three distinct cycles that periodically change the intensity of moonlight and its gravitational pull here on Earth.

The researchers determined that all three lunar cycles influence the onset of menstruation in women. They found that moonlight seems to have the strongest effect, while gravitational forces of the moon also contribute.

Not all women follow the cycle of moonlight, and those that do only sync up for certain periods of time. Women under 35 years of age have menstrual cycles that follow the light and dark phases of the moon for an average of 25 percent of the time.

The connection between menstrual and lunar cycles decreases as women age, and also decreases with exposure to artificial light sources at night. For example, women who go to bed late and leave lights on longer do not show signs of synchronization with the moon.

The fact that humans follow the rhythm of gravity could explain why other cycles, such as when we fall asleep or how long we sleep, are temporarily influenced by a full moon or new moon.

According to the researchers, the observations suggest that humans respond not only to rapid changes in gravity, like when we are thrown off balance, but also to slow, recurring gravitational changes.