Lunar soil could be the basis of moon life-support system • Earth.com 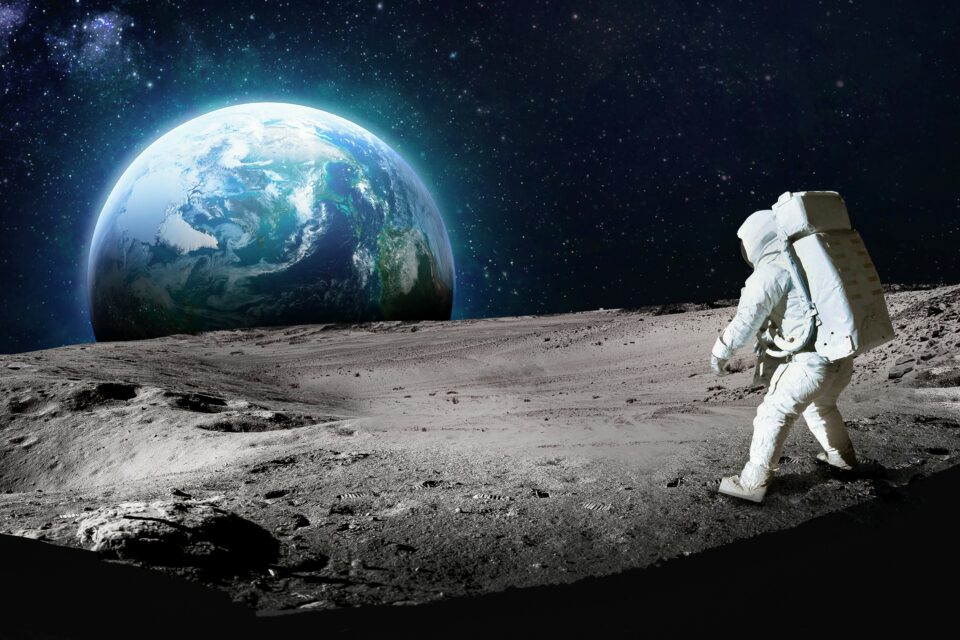 Lunar soil could be the basis of moon life-support system

Scientists from various Chinese universities have recently had the opportunity to analyze soil samples brought back from the moon by the Chinese space mission know as Chang’E-5. They find that the lunar soil, or components extracted from it, have the potential to be used as photocatalysts for splitting water molecules and using the products – along with carbon dioxide from the breath of visiting astronauts – to form oxygen and various fuels. This, they say, could form the basis of an independent life-support system on the moon.

The exploration of deep space by manned spacecraft is receiving a lot of attention as the next great frontier of space exploration. However, a suitable first step would be to develop the technology to allow extraterrestrial survival using in situ resources. Nanjing University material scientists Yingfang Yao and Zhigang Zou hope to design just such a system that takes advantage of lunar soil and solar radiation, the two most abundant resources on the moon.

After analyzing the soil brought back by China’s Chang’E-5 lunar lander, the research team proposed that water found in the soil and rocks, along with iron-rich and titanium-rich substances that could work as catalysts, could be used to make essential products to support life on the moon.

In their research paper, published today in the journal Joule, the team of scientists propose an “extraterrestrial photosynthesis” pathway that uses in situ resources on the moon to produce oxygen and fuel for use in a “zero-energy consumption” extraterrestrial life-support system.

The system uses lunar soil and solar energy to electrolyze water extracted locally on the moon, and from the exhaled breath of astronauts, to form oxygen and hydrogen. In addition, carbon dioxide exhaled by moon inhabitants could also be collected and reacted with the hydrogen from water electrolysis, during a hydrogenation process catalyzed by substances present in the lunar soil.

This process would yield hydrocarbons such as methane and methanol, which could be used as fuel. The strategy uses no energy other than that derived from sunlight to produce a variety of desirable products such as water, oxygen, and fuel that could support life on a moonbase, the researchers say. The team is now looking for an opportunity to test the system in space, likely with China’s future crewed lunar missions.

“We use in situ environmental resources to minimize rocket payload, and our strategy provides a scenario for a sustainable and affordable extraterrestrial living environment,” said Yao.

While lunar soil is less efficient at catalyzing chemical reactions than the catalysts available on Earth, Yao says the team is testing different methods to improve the design, such as melting the lunar soil into a nanostructured high-entropy material, which is a better catalyst.

The team’s proposed system of extraterrestrial survival is unusual in that it requires no energy input from Earth. For example, NASA’s Perseverance Mars rover brought an instrument that can use carbon dioxide in the planet’s atmosphere to make oxygen, but it’s powered by a nuclear battery onboard. The scientists say that achieving the objective of independence from Earth’s resources could dramatically improve the feasibility and durability of human extraterrestrial survival and would increase the economic feasibility of future space journeys.

“In the near future, we will see the crewed spaceflight industry developing rapidly,” said Yao. “Just like the ‘Age of Sail’ in the 1600s when hundreds of ships head to the sea, we will enter an ‘Age of Space.’ But if we want to carry out large-scale exploration of the extraterrestrial world, we will need to think of ways to reduce payload, meaning relying on as little supplies from Earth as possible and using extraterrestrial resources instead.”