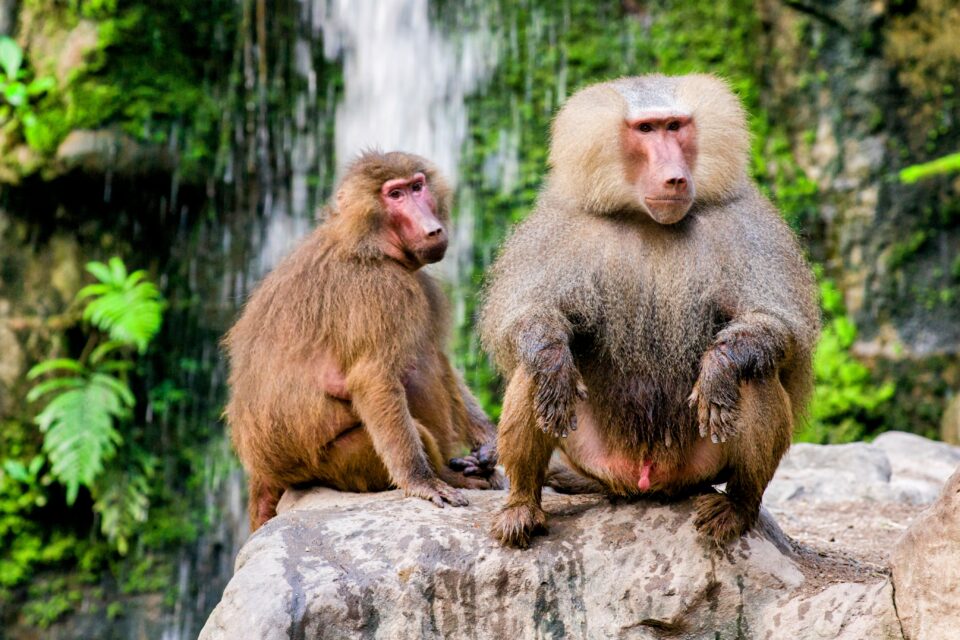 Strong friendships between males aren’t very common in the animal kingdom. Instead, males typically compete among themselves for access to females. In some special circumstances though, male friendships can help with mating success. In fact, some manakins depend on males working together to attract females with elaborate cooperative mating displays.

Among other animals, such as baboons, male friends can help each other rise in social status or defend females from another male, which promotes mating success.

Now, researchers from the German Primate Center (DPZ) Leibniz Institute for Primate Research looked into the benefits of male friendships among wild Guinea baboons in Senegal. These baboons are known for strong male social bonds but lack of a clear male hierarchy.

Among these baboons, the core social groups are made of one male with one to six females and their offspring, with the male typically fathering all of the offspring. The females choose a male freely and stay with him for a few weeks to several years. There are also bachelor males who are not usually sexually active. Several of these core groups along with bachelor males make up a “gang” of baboons.

The scientists wanted to know if male baboons with more friends attracted more females due to the possibility of greater levels of protection for the females and their offspring. Contrary to the hypothesis, males with more friends were not more attractive.

The study revealed that males also spent less time with their male friends once they started spending time with a female and especially when they fathered offspring. Males still maintained some friendships, but just adjusted the amount of time they spent with those friends.

To carry out the research, Federica Dal Pesco and her colleagues collected four years of field data. The experts observed the behavior of 30 males and determined paternity of 50 young.

“Contrary to our predictions, we found no evidence that male-male sociality was linked to higher reproductive success. Instead, we observed a strong negative relationship between bond strength and male reproductive success (i.e. number of associated females and paternities),” explained the study authors. “Guinea baboon males that were associated with a higher number of females spent less time affiliating with other males.