Male dolphins bond with their best bros for life • Earth.com 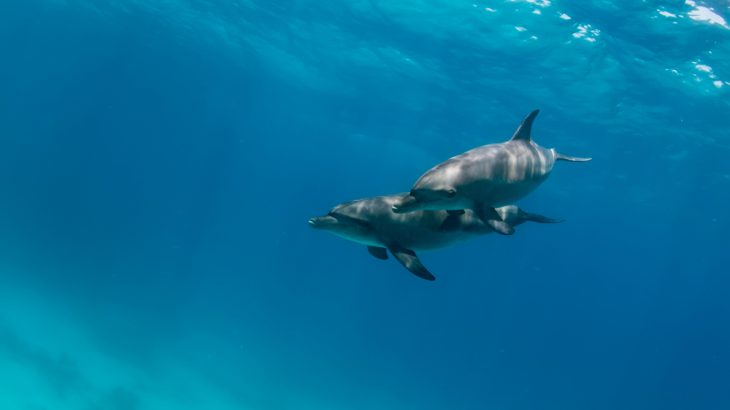 Male dolphins bond with their best bros for life

When male dolphins bond with a best friend, it’s often for life, according to a new study from researchers at Florida Atlantic University.

The researchers tracked nine dolphins off the Florida coast near Orlando, first in 2007 and again in 2010 – eight males and one female. They used radio tags on the dolphins from the Indian River Lagoon, as well as monitoring them by boat and plane.

They found that adult male dolphins will often form a bond with another male. The dolphins forage together and spend time together socially. These bromances can last for years, and often last for life, the researchers said.

Some male dolphins spend social time with females without mating, too. That’s a lot more rare, the researchers said.

And while the dolphins spent more than half of their time on the move during the observation periods, they didn’t travel very far. They stayed within about a 17-mile radius over the 100-day period, with some of the dolphins going only eight miles. The dolphins used available shallow waters, but preferred deeper habitats when they were available.

“The fact that these dolphins seem to have a lot of alone time adds a new dimension to our understanding of the sociality of the Indian River Lagoon dolphins,” lead author Dr. Greg O’Corry-Crowe told the Mail. “It also was fascinating to find that many dolphins have brief encounters with many other dolphins.”

The study adds to research into how dolphins interact and cooperate with each other. It has been published in the journal Aquatic Mammals.