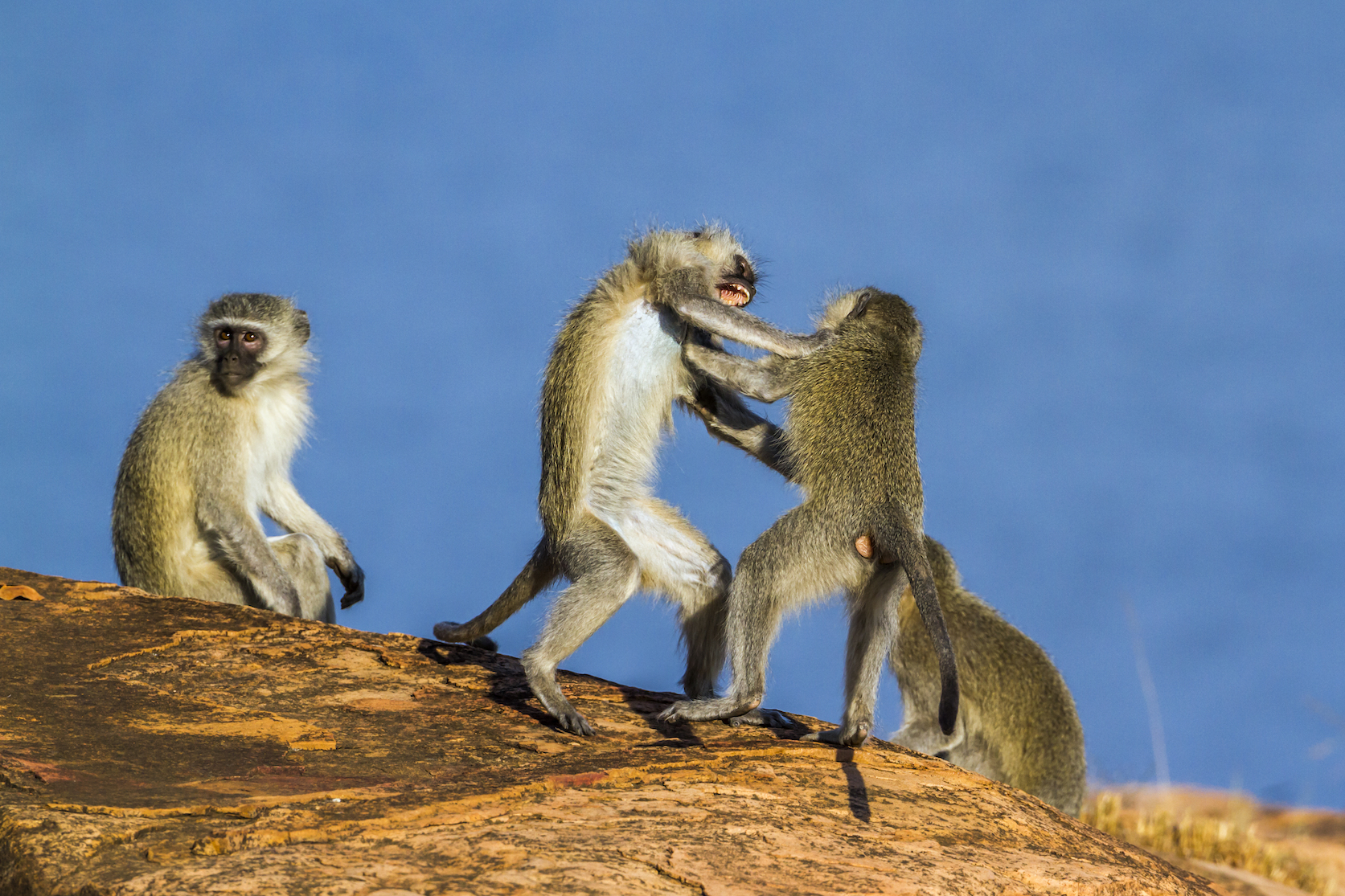 A team of anthropologists at the University of Zurich have found that male vervet monkeys attack members of their own group in order to prevent the escalation of fights. The females, on the other hand, encourage the males to fight.

“We have recently shown that females in this species use both aggression as punishment and grooming as reward to manipulate the participation of male group members during intergroup fights,” said study lead author Erik Willems.

Many years of research have demonstrated that cooperative activities are common among social species. Groups of animals are known to hunt and share food, help raise offspring, keep watches to warn others of predators, and to team up in fights.

Because these social groups contain unique individuals, the benefits or costs of cooperation are different for each member of a group, which means that there is often disagreement during cooperative activities.

Engaging in intergroup fighting is risky and can lead to serious injury or even death, but victory can lead to valuable resources.

“It has always been assumed that males exhibiting this behavior want to prevent females from mating with males in the opposing group,” said Arseneau-Robar. “These acts of male aggression have thus always been interpreted as acts of mate defense.”

The research team observed male monkeys attacking other male members of their own groups during intergroup fights. However, the male monkeys did not intervene or become aggressive when females were seen interacting or mating with males from other groups.

The attention of the males was instead focused on others who were instigating or had been recently involved in fights. According to the experts, male vervet monkeys often use punishment and coercion to stop dangerous fights.

“It was really interesting to see that while females use punishment and rewards to try and rally the troops, males actually use punishment and coercion to try and stifle the fighting, effectively keeping things calm and safe for small, vulnerable infants,” said study co-author Professor Carel van Schaik.

The research is published in the Proceedings of the Royal Society B.