Mangrove forests in Oman were wiped out by climate change • Earth.com 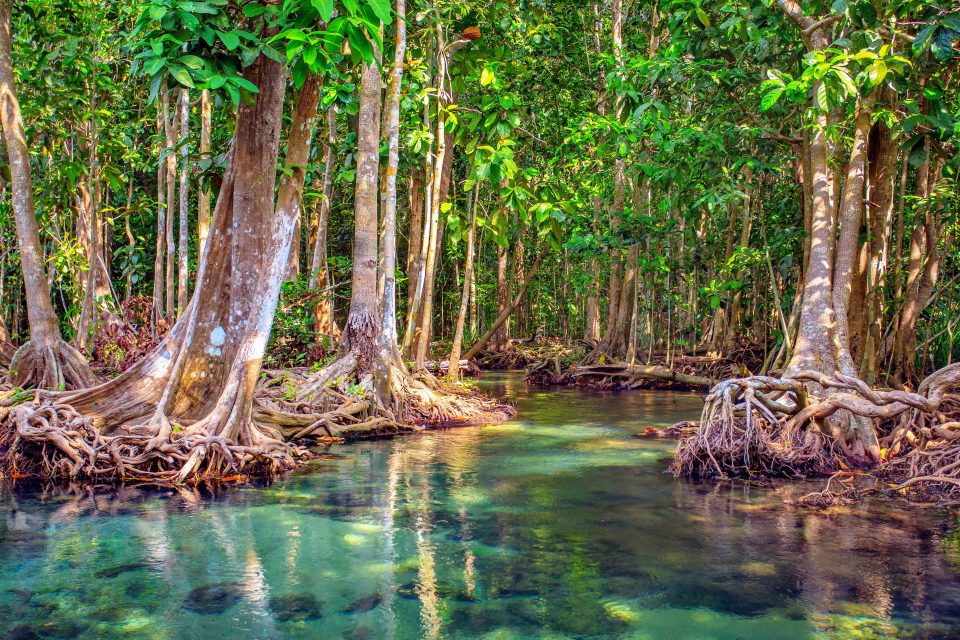 Mangrove forests in Oman were wiped out by climate change

About 6,000 years ago, most of the mangrove forests on the coast of Oman mysteriously vanished. A new study from the University of Bonn suggests that the collapse of these coastal ecosystems was caused by climatic changes.

The experts report that the mangroves went extinct at an extremely fast rate, and most of the forests were lost within a few decades. The researchers found no evidence that falling sea levels or human disturbances contributed to the extinctions.

Mangrove forests grow in coastal areas that are under water at high tide, yet dry at low tide. They depend on a warm climate, and most species need sea surface temperatures of at least 75 degrees Fahrenheit. Mangroves are also sensitive to water salinity, and their tolerance limit varies among species.

“This is why we find them nowadays mostly in regions where enough rain falls to reduce salinization of the soil,” explained study lead author Valeska Decker, an expert at the Institute for Geosciences at Bonn.

Fossil remains show that there were once many mangrove lagoons on the coast of Oman that mostly disappeared. Over the past few years, Decker has compiled numerous geochemical, sedimentological, and archaeological findings into an overall picture. “From our point of view, everything suggests that the collapse of these ecosystems has climatic reasons.”

Just over 6,000 years ago, a low-pressure trough known as the Intertropical Convergence Zone moved to the south, but it is not entirely clear why and how fast the zone shifted.

“That this was the case has been well documented for several years,” explained Decker. “Our results now indicate that this climate change had two effects: On the one hand, it caused salinization of the soil, which put the mangroves under extreme stress. On the other hand, the vegetation cover in the affected areas decreased in general due to the greater drought.”

As erosion increased, the wind carried large amounts of barren soil into the lagoons that dried up the mangrove forests. According to Decker, the ecosystems probably disappeared within a few decades.

Previous studies suggest that the environmental changes were gradual, and the mangrove forests struggled up until a certain threshold was reached and then collapsed very quickly. Today, mangroves are only found in a few places in Oman.

“Archaeological findings also speak against a man-made ecological catastrophe. It is true that there were humans living in the coastal regions who used the mangroves as firewood. However, they were nomads who did not build permanent settlements. This meant that their need for wood was relatively low – low enough to rule out overuse as a cause.”

Decker and her colleagues plan to investigate further, and their findings could be particularly relevant today as the climate is changing in many regions of the world at a very rapid pace.

The study is published in the journal Quaternary Research.