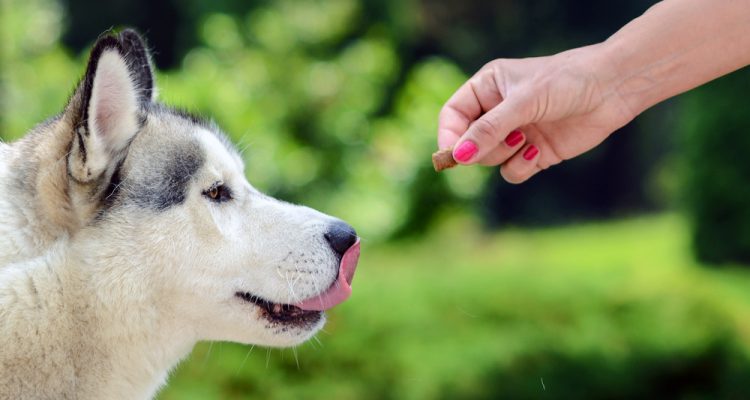 Man’s best friend has the capacity to share, scientists say

“You have to share!” It’s a lesson we try to teach children from the time they are born. According to a recent study, scientists have discovered that humans aren’t the only animals capable of sharing things. It turns out that man’s best friend can display generosity, as well – especially with other dogs that they know and love.

Rachel Dale, Friederike Range, and their other colleagues at the Messerli Research Institute in Vienna conducted an experiment in which they gave dogs a bar-pulling task in which they could deliver treats to other dogs. They found that the dogs would deliver treats to partner dogs, but would do so more often if the other dog was familiar to them. The research was published in the journal PLOS ONE.

Scientists also conducted tests to find out if man’s best friend would continue to deliver treats to a partner dog under various circumstances. What if the task were more complex? What if the partner dog was a stranger? What would the effect be if another dog were present in the room?

The next setup was different. ”The dogs were first trained to touch a token in exchange for a food reward for themselves. They were then trained to recognize two more tokens: one that resulted in a reward being delivered to a partner dog and another which did not,” Dale explained. Partner dogs were in a separate enclosure that was visible to the dog being tested.

During the tests, they discovered that dogs were willing to deliver treats to partner dogs even when the task grew more complicated. The experiment showed that the dogs preferred delivering treats to partners who were familiar to them, as they did so three times more often than they gave treats to unfamiliar dogs. If another dog was present in the room with the test dog, treat-giving went up. If the dog was alone in the room, the number of treat deliveries dropped.

So now you know: knick knack, paddy whack, give a dog a bone – and he’ll share it.