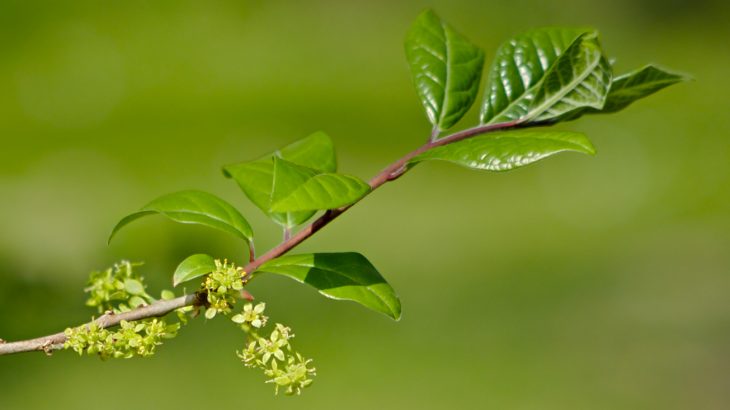 The patterns of leaf arrangements in nature has been a source of fascination for both scientists and artists. Just think of how many images you’ve seen of the Fibonacci golden angle spirals of plants such as the succulent spiral aloe.

The exact details of how plants are able to control their leaf arrangement has always been a mystery in botany. But recent research involving a Japanese plant species with a particular leaf pattern has revealed new insights into how almost all plants determine leaf arrangement.

In measuring the leaf arrangement of a plant species, botanists measure the angle between leaves, going up the stem from the oldest to the most recent leaf. The most common patterns are symmetrical, and have leaves arranged at intervals of 90 degrees, 180 degrees, or in Fibonacci golden angle spirals.

The pattern studied by a research team led by Associate Professor Munetaka Sugiyama from the University of Tokyo‘s Koishikawa Botanical Garden is called “orixate.” The pattern is named after the species Orixa japonica, which is a shrub native to Japan, China, and the Korean peninsula. The angles between the leaves on this plant are 180 degrees, 90 degrees, 180 degrees, 270 degrees, and then the next leaf resets this pattern to 180 degrees.

The DC2 equation makes the fundamental assumption that leaves emit a constant signal to inhibit the growth of other leaves nearby and that the signal gets weaker at longer distances. “We changed this one fundamental assumption – inhibitory power is not constant, but in fact changes with age,” explains Sugiyama. “We tested both increasing and decreasing inhibitory power with greater age and saw that the peculiar orixate pattern was calculated when older leaves had a stronger inhibitory effect.” 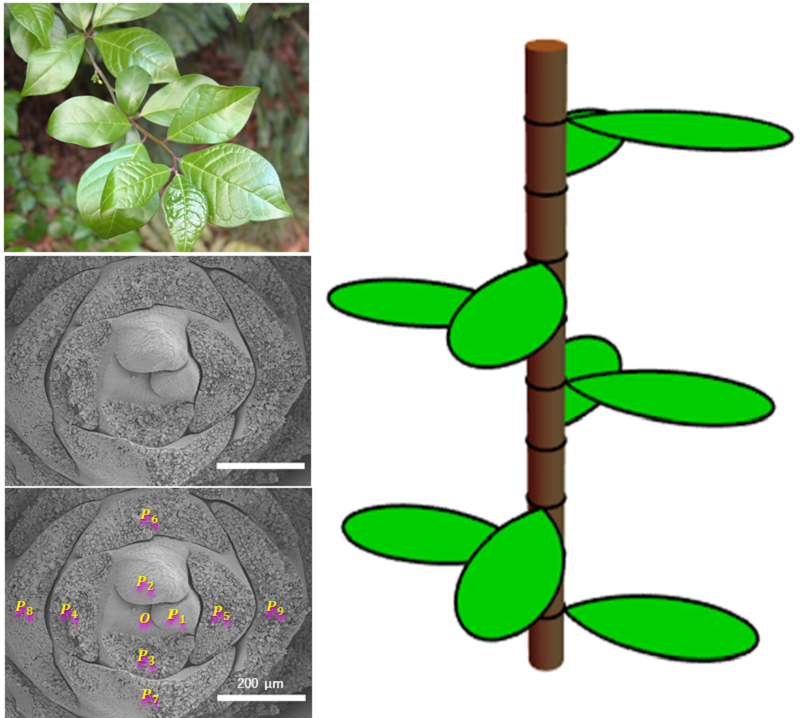 This insight that inhibitory signal power changes with age could be used to direct future studies of plant development. The resulting new equation is called the Expanded Douady and Couder 2, or EDC2. “We developed the new model to explain one peculiar leaf arrangement pattern,” says Sugiyama. “But in fact, it more accurately reflects not only the nature of one specific plant, but the range of diversity of almost all leaf arrangement patterns observed in nature.”

But there is still work to be done to design an equation that incorporates all leaf patterns that exist in nature. “There are other very unusual leaf arrangement patterns that are still not explained by our new formula,” Sugiyama says. “We are now trying to design a new concept that can explain all known patterns of leaf arrangement, not just almost all patterns.”