Medieval people may have used fern leaves to treat colds and dandruff • Earth.com 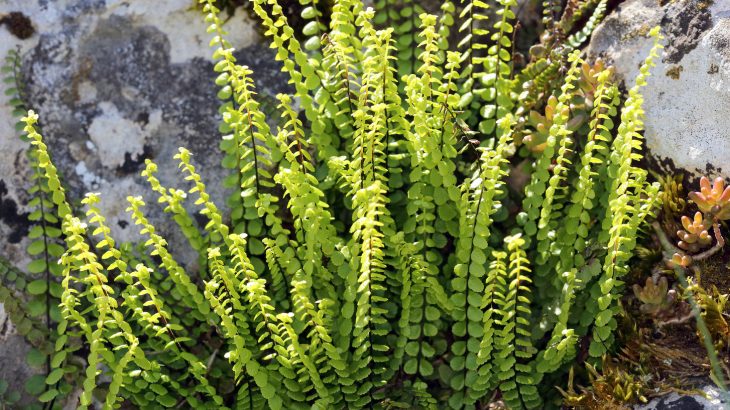 The analysis of a skeleton from the 9th century suggests that the leaves of ferns were used as a medicinal treatment for conditions such as colds, dandruff, and kidney stones in medieval times. The study was focused on the remains of a male between 21 and 30 years old, who had been buried in the ancient cemetery of Can Reiners on the Spanish Balearic Islands.

The skeleton had traces of starch grains consistent with cereal plants, such as wheat and rye. More significantly, there was a collection of cells in which spores are formed from the underside of a fern leaf.

Folk medicine stories have described that the fern was used in various regions across Europe, but this study provides the first physical evidence in human remains, as well as the first identification of a particular species of fern.

Study co-author Dr. Elena Fiorin is an expert the Department of Archaeology at the University of York.

“Through analysis of the dental calculus of the skeleton, which we believe dates back to the ninth or 10th century, we were able to determine that the cells were from fern plant, asplenium trichomanes, a common species that grows in rocky areas worldwide,” said Dr. Florin.

“These ferns have been used by herbalists, surgeons, doctors, and other healers for centuries across Europe, but until now we have only had written documents that describe their use.”

“The finding from the dental remains of this skeleton show just how much information we can get from dental calculus analysis. It demonstrates that in this region of Spain, communities were aware of the medicinal properties of some plants and how to administer them to get the desired result.”

Historical texts show that the plants were used to cure dandruff, the common cold, kidney stones, and alopecia. There is also reference to the plant being used to stimulate menstrual flow in women.

The skeletal remains of the young male do not disclose what he was treated for specifically, but it is likely that he drank a fern leaf infusion to cure congestion, a condition of the skin, or a urinary tract infection.

“The research demonstrates the use of ferns as healing plants in the Mediterranean during the Middle Ages,” said Dr. Fiorin. “We now have the potential to look at other dental remains for similar properties that might tell us more about the use of medicinal herbs in the past.”

“These ferns were employed, and are still used in Europe today, to cure a variety of diseases and through the archaeological record we can start to see how human beings have used the natural environment to assist in healthcare throughout our evolution.”

The study is published in the International Journal of Osteoarchaeology.