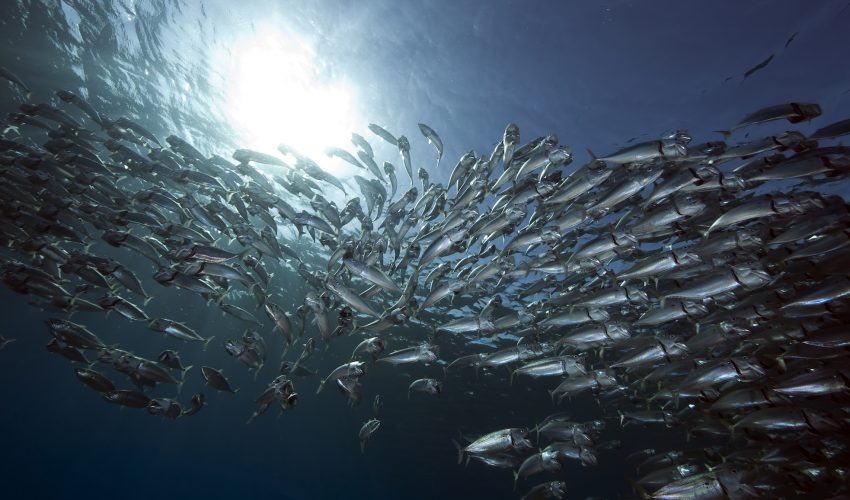 Limited energy flows between producers, carnivores, and herbivores can lead to the collapse of marine food webs, according to a new study. The research demonstrates that increased ocean temperatures reduce the transfer of energy from the primary producers at the seafloor to the intermediate consumers, and ultimately to predators at the top of marine food chain.

These restrictions on vital energy flow can potentially lead to a decrease in food availability for top predators. The disruption can also lead to negative impacts for many other marine species located throughout the rest of the food chain as well.

“Healthy food webs are important for maintenance of species diversity and provide a source of income and food for millions of people worldwide,” said lead author Hadayet Ullah of the University of Adelaide. “Therefore, it is important to understand how climate change is altering marine food webs in the near future.”

Researchers constructed 12 large 1,600-liter tanks to mimic the levels of ocean temperatures and acidity which could be brought on by climate change.

The tanks held miniature food webs which included many species such as algae, shrimp, sponges, snails, and fishes. The containers were maintained under future climate conditions for six months.

Over the course of six months, the researchers measured the survival, growth, biomass, and productivity of all animal and plant species, and applied these measurements to an advanced food web model.

“Whilst climate change increased the productivity of plants, this was mainly due to an expansion of cyanobacteria (small blue-green algae),” said Ullah. “This increased primary productivity does not support food webs, however, because these cyanobacteria are largely unpalatable and they are not consumed by herbivores.”

Projecting how ecosystems will function under the influence of global warming is a complicated undertaking, and most research has been focused on only a few species at a time.

“If we are to adequately forecast the impacts of climate change on ocean food webs and fisheries productivity, we need more complex and realistic approaches, such as large mesocosms that provide more reliable data for sophisticated food web models,” said project leader Professor Ivan Nagelkerken.

Marine ecosystems are already being transformed by global warming, and it is critical to understand these effects worldwide in order to better protect these food webs.

The study is published in the open access journal PLOS Biology.