Large lake of water detected beneath the surface of Mars • Earth.com 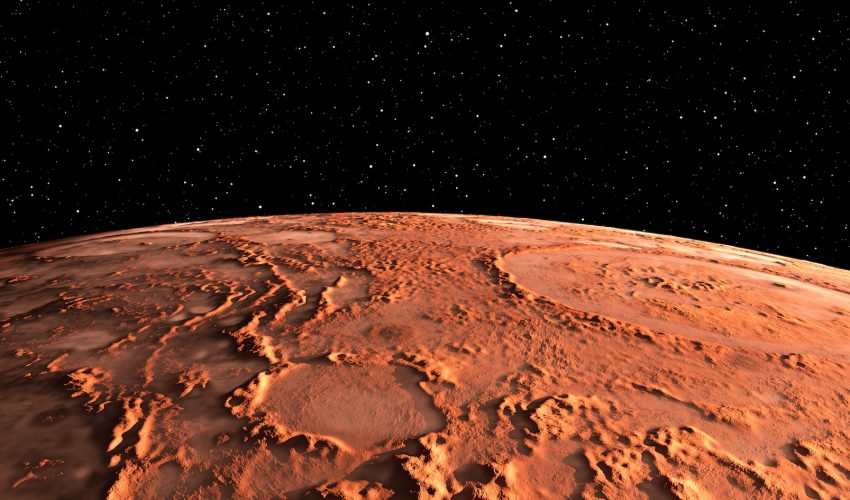 Large lake of water detected beneath the surface of Mars

After decades of debate, it turns out that water may actually exist on Mars. Researchers used a radar to probe the planet’s ice caps and detected a lake of liquid water beneath the surface.

The discovery was made using the Mars Advanced Radar for Subsurface and Ionosphere Sounding (MARSIS) instrument on the Mars Express spacecraft.

According to the scientists, the newly-detected reservoir of water stretches over 20 kilometers in length.

MARSIS emits radar pulses that penetrate the planet’s surface and ice caps. Next, the tool measures how the radio waves are reflected back to the spacecraft. As waves bounce off of the planet’s sub-surface features, scientists can gather information about what lies beneath the surface.

From 2012 to 2015, Roberto Orosei and colleagues used MARSIS to collect 29 sets of radar samples from a region called Planum Australe, which is located in the southern ice cap of Mars.

The analysis of this data enabled the experts to map out an area which had an extremely sharp discrepancy in its radar signal, measuring around 1.5 kilometers below the surface of the ice and extending sideways about 20 kilometers.

The profile of this area is similar to radar data of lakes of liquid water found beneath the massive ice sheets of Antarctica and Greenland, indicating the existence of a subglacial lake at this particular location on Mars.

While the temperature of any water found on Mars would be expected to fall below freezing, the researchers pointed out that dissolved salts of magnesium, calcium, and sodium could be dissolved in the water to form a brine. Combined with the pressure of the overlying ice on the planet’s surface, this formula could lower the melting point of the ice below.