Mars may have been able to support life long before Earth • Earth.com 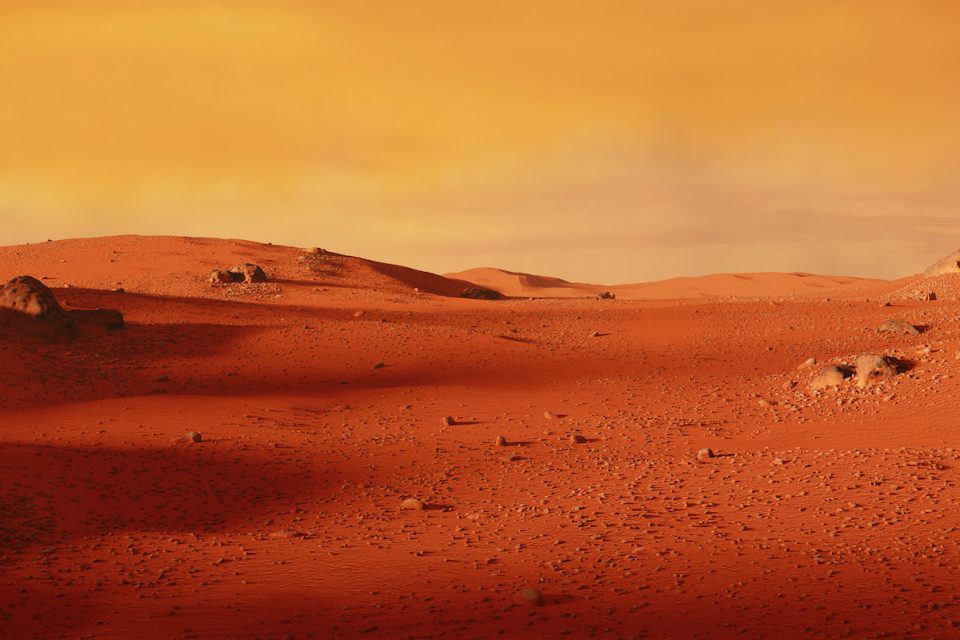 Mars may have been able to support life long before Earth

Mars may have been able to support life far earlier than Earth, according to a new study published in the journal Nature Geoscience.

Researchers from the University of Western Ontario discovered that a period known as the Late Heavy Bombardment, when the inner solar system was inundated with meteorite and asteroid impacts, ended earlier for Mars than previously realized.

It was long thought that Mars was impacted by the Late Heavy Bombardment until 3.8 billion years ago.

However, after analyzing meteorites from Mars’ southern Highlands that were knocked into space and crashed into Earth, the researchers found that Mars stopped being hit by comets and asteroids 4.48 billion years ago.

This would have made it possible for life to develop between 4.2 and 3.5 billion years ago, 500 million years before life began to flourish on Earth.

The researchers analyzed zircon and baddeleyite grains in the meteorites. Only 120 known specimens from Mars’s crust that fell to Earth are known to exist.

By dating the zircon, the researchers were able to more accurately estimate when the Late Heavy Bombardment ceased for Mars as zircon contains decaying radioactive uranium.

The meteorites can also show signs of exposure to high pressure indicative of a major impact, but the researchers found that the samples were formed after the Late Heavy Bombardment.

“We found none of these bombardment signatures in the Mars zircon and baddeleyite grains,” Desmond Moser, the lead author of the study, told New Scientist. “We know there was a giant impact on Mars, but it has to be older than 4.48 billion years ago.“The implication is that there could have been platform hosting life as much as half a billion years earlier than previously thought it was possible in the inner solar system.”