Massive ancient otters may have been a top predator • Earth.com 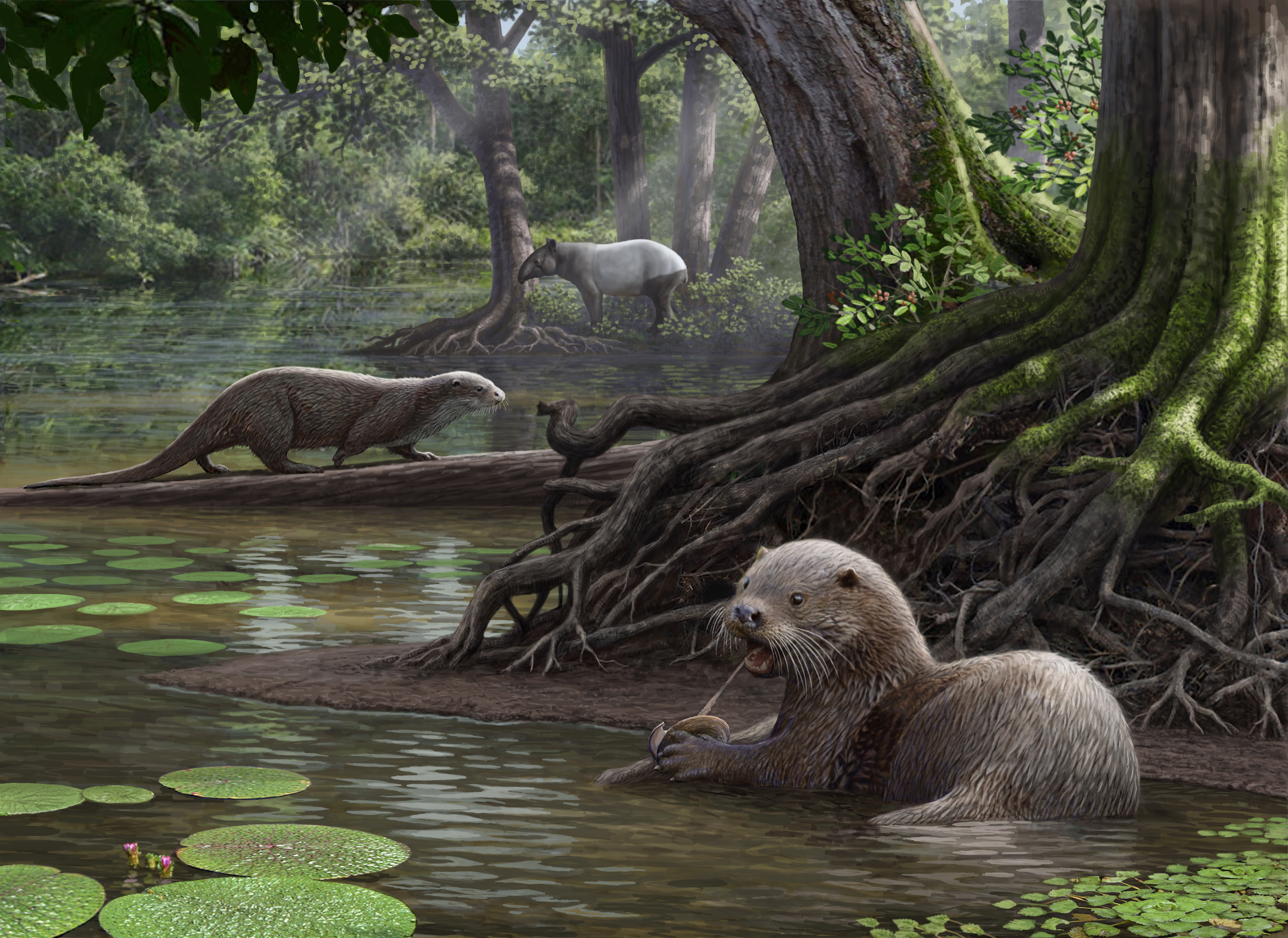 Massive ancient otters may have been a top predator

Researchers believe that an enormous otter which lived about 6 million years ago may have been a top predator in its day. A study revealed that the wolf-size otter had surprisingly strong jaws.

“We started our study with the idea that this otter was just a larger version of a sea otter or an African clawless otter in terms of chewing ability, that it would just be able to eat much larger things. That’s not what we found,” said lead author Z. Jack Tseng of the University at Buffalo.

The prehistoric otter, Siamogale melilutra, was much bigger than any otter living today, weighing about 110 pounds. The scientists used computers to simulate how biting would strain the otter’s jaws and found that the animal had much firmer jaw bones than expected. This stiffness would have given the otter an exceptionally strong bite.

“We don’t know for sure, but we think that this otter was more of a top predator than living species of otters are,” said Tseng. “Our findings imply that Siamogale could crush much harder and larger prey than any living otter can.”

The analysis gives insight into the lifestyle of the creatures in the wetlands of southwest China.

“At the time that the otter lived, the area where its remains were found included a swamp or a shallow lake surrounded by evergreen forest or dense woodland,” said co-author Denise F. Su. “There was a diverse aquatic fauna at Shuitangba, including fish, crab, mollusks, turtles and frogs, as well as many different species of water birds, all of which could have been potential prey for S. melilutra.”

Modern otters eat foods that range from plants and rodents to fish and crabs. Based on their research, the scientists believe the ancient otter’s jaws would have been strong enough to crush the shells of big mollusks or the bones of birds.

“Carnivores are known to evolve powerful jaws, often for the purpose of cracking the bones of their prey,” said co-author Xiaoming Wang. “In the shallow swamp of South China, it’s possible that an abundance of big clams drove these giant otters to acquire their rare traits, including their crushing teeth and robust jaws.”

The study will be published on November 9 in Scientific Reports.