How do massive glaciers flow? • Earth.com 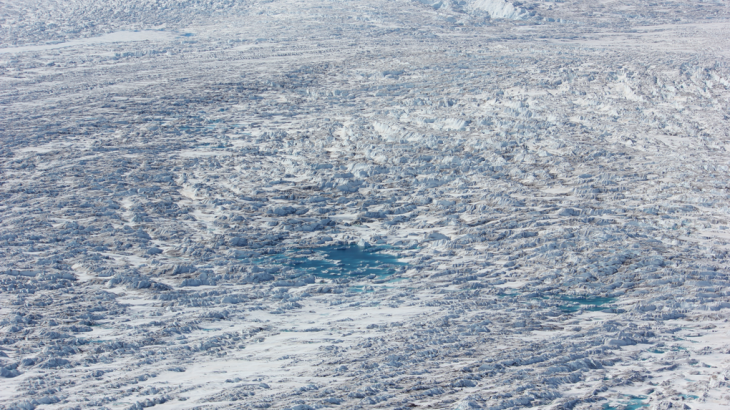 How do massive glaciers flow?

75 percent of the Earth’s freshwater is frozen in glaciers which have been steadily retreating since the early half of the 20th century. Glaciers also cover ten percent of the world’s land area, but glacial melt due to climate change has been a major contributor to rising sea levels.

Despite the important role glaciers play in rising sea levels and their rapid rates of decline, relatively little has been known about glacier motion or ice friction between glaciers and the bedrock below.

Glacial movement has been difficult to study because of the inaccessibility of the bedrock beneath them. Glaciers are thousands of feet thick, and even the most advanced radar and satellite technology can’t penetrate through all that ice to study how masses of ice move or the friction that ice in contact with the bedrock causes.

But now, Bo Persson, a theoretical physicist from Jülich Research Center in Germany, offers a solution to studying glacial movement in a new piece published in the Journal of Chemical Physics.

Persson developed a new model of ice friction that accounts for a wide range of factors including water-filled cavities, melting temperatures, the temperature at the bedrock/glacier interface, regelation which is the melting and freezing caused by pressure changes, and the topography of the bedrock below.

Accounting for surface roughness of both the ice and bedrock is especially important for modeling glacier movement because it can create friction and impact the speed of glacial movement.

Persson reviewed previous studies of rubber surfaces that slide against each other or stay together and theorized that the models applied to those studies could be used to research glaciers as the principles are similar.

“The most important contribution of my theory is that it describes accurately the formation of cavities during sliding, and shows that cavitation indeed occurs for sliding speeds typical of flowing glaciers,” said Persson.

Glaciers are often filled with cavities of pressurized water that form when the glacier slides across the rough bedrock. As these cavities fill with water, they can act as lubrication, reducing friction and increasing the speed of glacial movement.

“The friction between glacier and the bedrock is of crucial importance for the flow of glaciers and for the prediction of the increase in the sea level due to the melting of the polar ice caps,” said Persson.

“We ice sheet modelers need to resolve the base of ice sheets in our models better, which requires numerical methods that are not yet common for us,” said Angelike Humbert, a glaciologist not involved with the study. “Bo’s work reminds us of the key role played by the roughness of the bedrock, which is very challenging to observe with the required accuracy in airborne radar surveys.”