Nepal launches mission to measure Mount Everest to see if it has shrunk • Earth.com 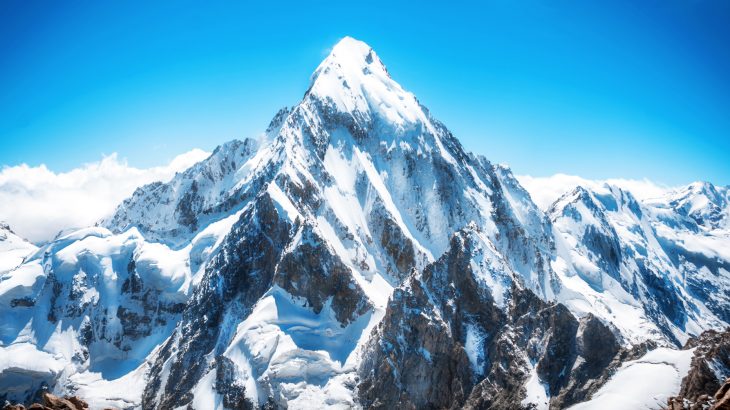 The government of Nepal is sending a team of surveyors to the top of Mount Everest to obtain a new measurement of its true height. Some scientists believe the mountain shrunk after a powerful earthquake in 2015, and officials are hoping to settle the debate.

In April of 2015, a devastating 7.8 magnitude earthquake struck Nepal that claimed nearly 9,000 lives and injured 22,000 people. Beyond causing an estimated $10 billion in damages, some experts claim that the tremor knocked an inch off the world’s tallest mountain.

A team led by John Elliott, a geophysicist at the University of Leeds, used satellite data to measure displacements in the mountains about 100 miles from Mount Everest, closer to Kathmandu. The researchers found that the impact of the earthquake shrunk the tallest mountains.

In 2017, Elliott said that the finding was controversial because conventional wisdom suggests that massive quakes should be building mountains instead of shrinking them. In fact, some of the lower mountains observed in the study had been built up to some extent.

On Wednesday, four climbers who spent the last two years preparing to measure Mount Everest embarked on their mission. The team was not only trained on how to measure the peak, but also on how to survive the harsh conditions at the top of the mountain.

“It will not be easy to work in that terrain, but we are confident our mission will be successful,” said expedition leader and chief surveyor Khim Lal Gautam. According to officials, the climbers will be carrying advanced equipment to collect the remaining data to derive the true height of the peak.

Currently, the height of Mount Everest is widely recognized as being 29,029 feet, which may change after the expedition. This is the first time that the Nepalese government has conducted its own survey of the mountain.