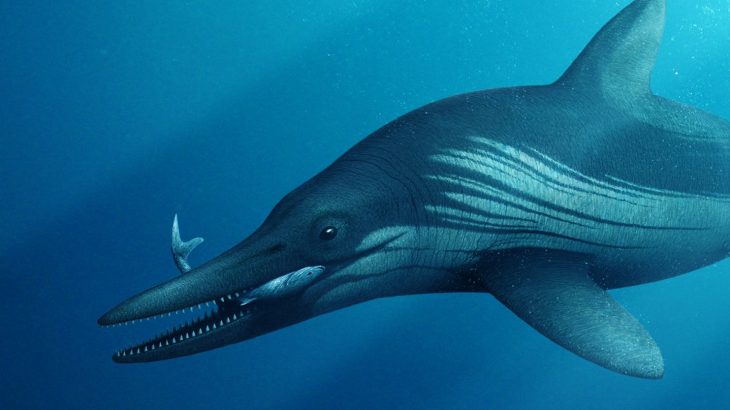 In 1955, a 200-million-year-old fossil was discovered at Fell Mill Farm in Warwickshire, England. It remained unstudied until 2014 when scientists used computerized tomography (CT) scanning technology to digitally reconstruct the ancient reptile skull and unearth the mysteries that have surrounded it for 60 years.

The fossilized skull, which is almost a meter in length (about three feet), is that of a ichthyosaur, a massive prehistoric marine reptile. Unlike other ichthyosaur fossils discovered in the United Kingdom, this sample is remarkably preserved in three-dimensions. Others of the same species have been “pancaked” over time, causing the skull structure and several key bones to be compromised.

“Initially, the aim of the project was to clean and conserve the skull and partially dismantle it to rebuild it more accurately, ready for redisplay at the Thinktank Museum,” said paleontologist and co-author of the study, Nigel Larkin. “But we soon realised that the individual bones of the skull were exceptionally well preserved in three dimensions, better than in any other ichthyosaur skull we’d seen. Furthermore, that they would respond well to CT scanning, enabling us to capture their shape digitally and to see their internal details. This presented an opportunity that couldn’t be missed.”

Lead author and one of the world’s leading ichthyosaur experts Dean Lomax, from The University of Manchester, knew they had something special on their hands when he saw how well-preserved the skull and skeleton portion was. He was able to confirm that the specimen was a rare species of ichthyosaur called the Protoichthyosaurus prostaxalis, which is the largest type of ichthyosaur known.

Bones that are not usually present in other ichthyosaur skulls, yet appeared in this specimen, were micro-CT scanned by Dr. Laura Porro of University College London (UCL) at Cambridge University in 2015. These bones, only preserved on the left side of the braincase, were then digitally mirrored via the CT scans and 3D printed to fit the other side. 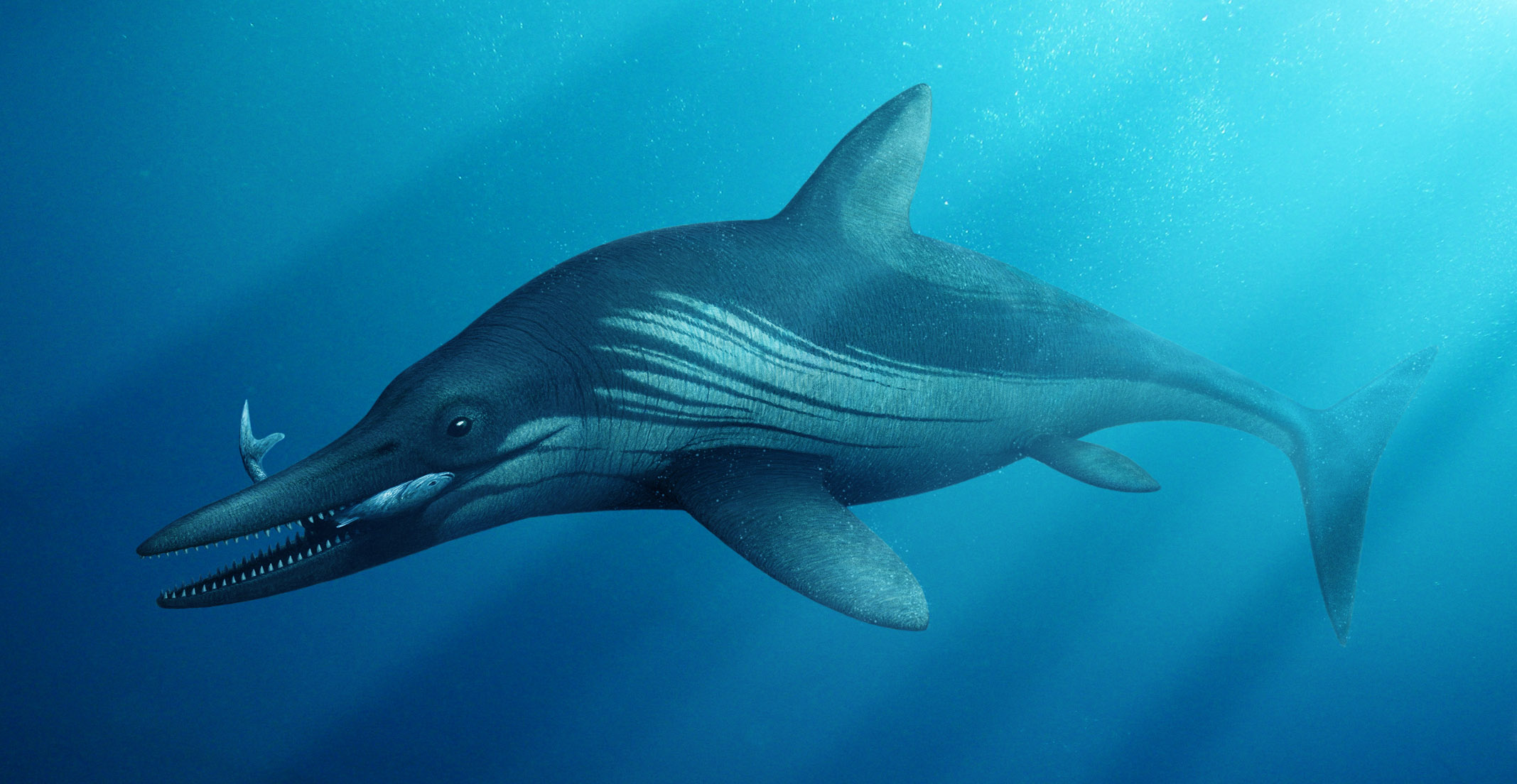 “CT scanning allows us to look inside fossils – in this case, we could see long canals within the skull bones that originally contained blood vessels and nerves,” Dr. Porro said. “Scans also revealed the curation history of the specimen since its discovery in the ’50s. There were several areas reconstructed in plaster and clay, and one bone was so expertly modelled that only the scans revealed part of it was a fake.

“Finally there is the potential to digitally reconstruct the skull in 3D,” she continued. “This is hard (and risky) to do with the original, fragile and very heavy fossil bones; plus, we can now make the 3D reconstruction freely available to other scientists and for education.”

Lomax said that waiting until CT scanning technology is available to study the fossil has been worth the wait. Their findings and methods of CT scanning will greatly help future paleontologists discover and unearth amazing prehistoric mysteries.