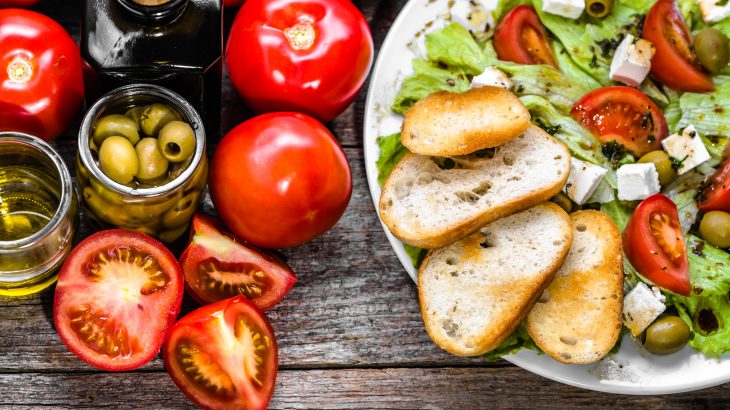 The Mediterranean diet helps to counter the health impacts of obesity, according to a new study from Uppsala University in Sweden.

In 2015, four million deaths were attributed to excessive weight and more than two-thirds of those deaths were caused by cardiovascular disease (CVD).

“Despite the increasing prevalence of obesity, the rates of CVD-related death continue to decrease in Western societies, a trend not explained by medical treatment alone,” wrote the study authors.  “These observations suggest that other factors might modify the higher risk of CVD associated with higher body mass. Potentially, one such factor is diet.”

A team led by Karl Michaëlsson set out to investigate how a Mediterranean-style diet among individuals with a higher body mass index (BMI) may affect all-cause mortality, with a particular focus on fatal cardiovascular events.

The study was focused on data from more than 79,000 Swedish adults enrolled in the Swedish Mammography Cohort and Cohort of Swedish Men.

Adherence to a Mediterranean-like diet (mMED) was assessed on a scale of 0 to 8, based on intake of fruits and vegetables, legumes, nuts, high-fiber grains, fish, red meat, and olive oil.

Over 21 years of follow-up, more than 30,000 participants died. The researchers found that individuals classified as overweight with high mMED had the lowest risk of all-cause mortality. Obese individuals who had high mMED did not have a higher mortality risk compared with those in the healthy weight group with the same diet.

By contrast, individuals with a healthy weight but low mMED had higher mortality rates compared to people in the same weight range who regularly adhered to a Mediterranean-style diet.

The findings were very similar among 12,000 participants who died from cardiovascular disease. The researchers determined that CVD mortality associated with high BMI was reduced by adherence to a Mediterranean diet, although it was not fully countered. Furthermore, lower BMI did not help offset the elevated CVD mortality risk associated with a low mMED.

“These results indicate that adherence to healthy diets such as a Mediterranean-like diet may be a more appropriate focus that avoidance of obesity for the prevention of overall mortality,” wrote the study authors. “Nonetheless, a healthy diet may not completely counter higher CVD mortality related with obesity.”

The research is published in the journal PLOS Medicine .