Memorializing tragedy and the darker side of American history • Earth.com 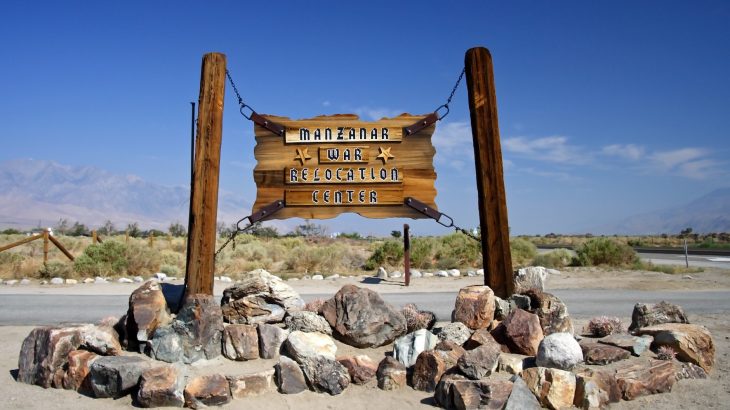 Memorializing tragedy and the darker side of American history

I recently spent a night at Gordon Hirabayashi Campground in the Coronado National Forest located outside of Tucson, Arizona.  The campground is lovely, nestled into an oak and juniper dry scrubland that puts into mind of parts of the Colorado Plateau far north of there.  Rather, Gordon Hirabayashi is part of a sky island in the form of Mount Lemmon that rises from the Sonoran Desert. The campground is located just off the 800+ mile Arizona Trail with a few other trails nearby as well.  Streams were flowing everywhere through the arid landscape of canyons and cliffs. The day was cool when my fiance Erin and I hiked along the Arizona Trail with our dogs, the air full of bird noise.

The place certainly was lovely, but something bothered me.  I knew who Gordon Hirabayashi was but it would’ve been pretty easy to ignore the one small sign near the campground that told a short story about him.  According to the US Forest Service website, Hirabayashi was a senior studying at the University of Washington in 1942. Hirabayashi boldly challenged the constitutionality of Japanese internment camps and was sentenced to serve in the so-called Federal Honor Camp where the campground of his name sake is now.  Of course, Hirabayashi was but a small part of a much greater tragedy. Following Pearl Harbor, 120,000 people of Japanese ancestry were forcibly removed from their homes on the west coast, given only short notice to tend their affairs. Some lost their houses permanently and never returned.  For years, these people were kept imprisoned like Hirabayashi.

Eventually, Hirabayashi’s case was overturned and it was found unconstitutional to imprison someone on the basis of race or ancestry. But it was too late to help the Japanese Americans that were imprisoned during World War II. At the campground, there is little to suggest much of this.  There are the decaying remains of concrete and stone structures, many with indeterminate functions, hidden under leaves, bound by tree roots. No interpretive sign tells what these structures, almost certainly built by prisoners, really are. The camp also held conscientious objectors and before Hirabayashi, criminals, and little of this history is told at the actual location.

To be fair, there are other locations in the US where the federal government tells this disturbing chapter of our nation’s history.  Manzanar National Historic Site in California is an old Japanese Internment camp maintained by the National Park Service.  In Washington DC, as part of the National Mall and Memorial Parks also maintained by the National Park Service, there is a memorial statue of a crane tangled in barbed wire to represent the struggles of interned Japanese Americans.  For an instance that involved a gross overreach of federal power and the unjust imprisonment of 120,000 men, women and children, it’s still an easy event to forget in America.  Other tragedies perpetrated in the US are even easier to ignore.

Wilderness.org lists 13 parks and monuments that celebrate black history.  Tellingly, only one of the monuments, Harriet Tubman National Historic Park in New York, celebrates and tells the courageous story of the Underground Railroad leader who shuttled so many slaves to freedom in the North.  Two other monuments indirectly talk about slavery – African Burial Ground National Monument is a 17th century graveyard of Africans, freed and slaves in New York, only recently discovered during construction in 1991.  Reconstruction Era National Monument in South Carolina tells the history of African Americans recently freed and trying to make a new life from themselves in a devastated south, the monument includes a historic school building for recently freed children. Tellingly, all of these places were declared National Monuments under president Obama.  The rest of the parks and monuments on the wilderness list include monuments to the civil rights struggle and the achievements of a few African Americans and some parks not dedicated specifically to African American history at all but including it. Many of the parks dedicated to the civil rights struggle were also declared by president Obama.  There are no national monuments dedicated specifically to the history of slavery itself; meaning no plantation homes, nowhere to see auction blocks where men, women, children were torn apart, humiliated and abused for greed justified by racist views. Americans are much more comfortable with memorials for Martin Luther King than seeing the horror at the root of the African American experience.

Parks that don’t have to confront the history of slavery usually don’t. A handful of public lands are dedicated to issues connected to slavery but others talk of slave owners, ignoring the plight of their slaves or even their existence.

Obviously, the history is a dark one that should be approached with respect, but it’s a reality that every American should come to terms with, whatever their race.

Sand Creek Massacre National Historic Park in Colorado, is the first park in the United States to contain the word ‘massacre’.  The park is a small first towards recognizing the systematic attempted genocide and cultural destruction of Native Americans.  The park is dedicated to one instance in 1864 when peaceful Southern Cheyenne and Arapaho, mainly women and children, were butchered by Colonel John Chivington’s Colorado volunteers, History reports.  At the time, the event was celebrated in Denver, scalps paraded through town, coin purses made from Native American scrotums to memorialize the ‘battle’.  Much of the real ignoble history of the massacre of peaceful natives by American soldiers was suppressed by official silence and forced indoctrination by ‘education’ in schools for Native Americans.

We have a few official national monuments dedicated to remembering and learning from our dark past, but we need more.  We have no hauntingly complete and present Auschwitz to visit and smell the smoke of the terrible fires of hatred.