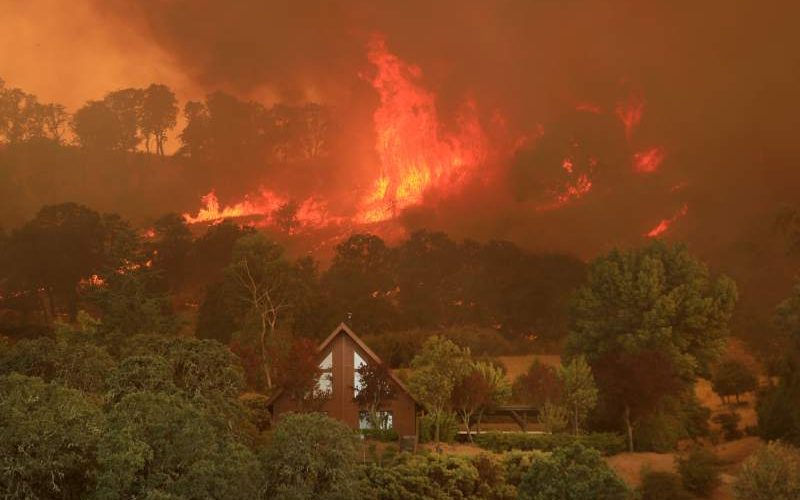 Mendocino Complex Fire is now the largest in California history

California firefighters are working around the clock to combat some of the most intense fires in the state’s history as there are now 16 huge wildfires that need to be contained.

Now, two fires in Northern California, the Ranch Fire and River Fire, have combined and are now being considered one event called the Mendocino Complex Fire.

The Mendocino Complex blazes have burned through 283,800 acres, officially making it the largest wildfire in California’s history.

Over the last three days, the Mendocino fire nearly doubled in size and is only 30 percent contained according, USA Today.

The Mendocino blazes are burning through remote areas, but evacuations have been ordered as there are over 10,000 buildings potentially in the two fires’ path.

Climate change is being cited as the major driver of what many experts are calling the “new norm” for wildfire season in the pacific northwest and the southwestern United States.

Hot temperatures, windy conditions, and dry vegetation increase the risk of wildfires and make it easier for the fires to spread.

Not only that, but the hot summer weather is making it difficult for the over 14,000 firefighters working to combat the blazes.

Another contributor to the recent devastating fires in California and the pacific northwest is that urban areas are expanding into previously undeveloped areas so more homes and businesses are at risk than in previous years.

The fires in California are also creating a hazardous haze of smoke that has prompted health officials to warn residents to avoid being outdoors in some parts of the state.

Windy conditions are also making combating the fires difficult but according to the President in a tweet on Sunday, the problem lies in “bad environmental laws.”

As Trump sees it, water in the state that could be used to fight the fires is being diverted instead to the Pacific Ocean.

It was an incredibly misleading statement that many were quick to correct and firmly illustrates the President’s unwillingness to address the real culprit: climate change.