Why meteoroids burn up before they reach Earth • Earth.com 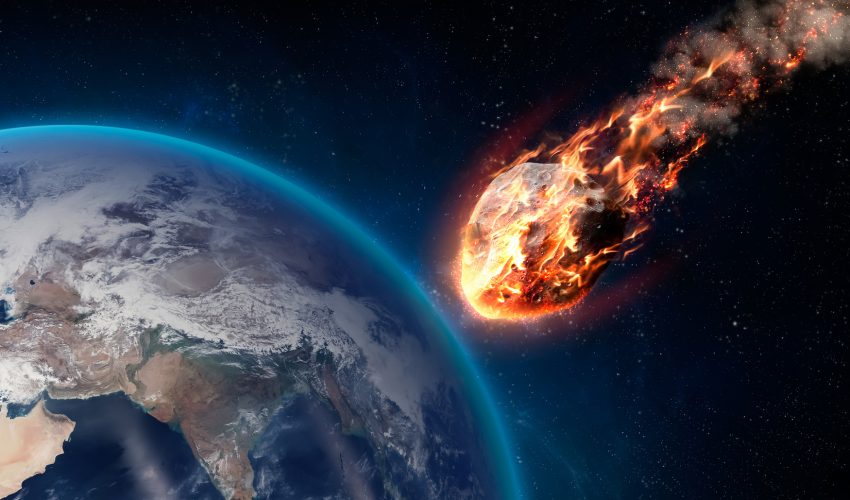 Why meteoroids burn up before they reach Earth

In 2013, a 65 foot-wide meteoroid entered Earth’s atmosphere and hurtled over the city of Chelyabinsk, Russia.

The meteoroid weighed an impressive 10,000 tons as it exploded over Chelyabinsk with a shockwave that injured a little over 1,000 people, shattered windows, and collapsed a factory roof.

The explosion, caught on tape as a streaking fireball across the sky, caused skin and retinal burns, glowing 30 times brighter than the sun.

The Chelyabinsk event is still studied today, and recent research was able to use the major meteor explosion to show how our atmosphere protects against meteoroid impacts.

Researchers from Purdue University discovered that Earth’s atmosphere works as a natural shield, and the force of air pushing against the meteoroid as it enters Earth’s gravitational pull causes it to crack and explode.

The study was published in the journal Meteoritics & Planetary Science.

It’s well established that meteoroids often explode before they reach Earth’s surface, but researchers were unclear as to why this happened until now.

The researchers from Purdue collected data from the Chelyabinsk event to help model how meteors explode in the atmosphere.

The Russian meteor weighed 10,000 tons, but only 2,000 tons of debris were recovered, which means something occurred in the atmosphere to cause the meteoroid to break up into smaller pieces.

The researchers used a computer code that made allowances for both solid mass and air pressure during different meteor trajectories on course with Earth.

The results of the calculations showed that air pressure in front of a meteor was so forceful that air could move through the meteorite and break it apart.

“There’s a big gradient between high-pressure air in front of the meteor and the vacuum of air behind it,” said Jay Melosh, a professor of Earth, Atmospheric and Planetary Sciences at Purdue University and the co-author of the paper. “If the air can move through the passages in the meteorite, it can easily get inside and blow off pieces.”

This study proves that Earth’s atmosphere works as a natural barrier against debris and porous meteors, but the researchers caution that larger, denser objects could very easily reach the surface.