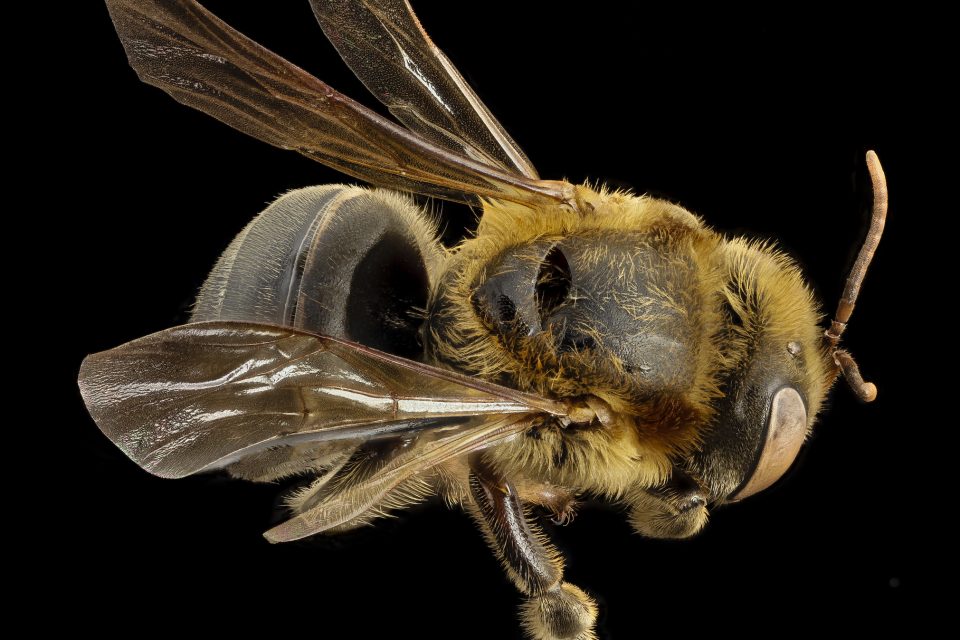 Mexican beekeepers help native bees come back from the brink

By now, everyone’s heard of the threats facing honey bees these days in the United States, from pesticides to the steady invasive creep of urbanization.  But few people think about the native bee species and how these interact with the non-native European honey bee or the ‘Africanized’ hybrid that so many people fear.  Native bees are victims to human activity just as the loyal pollinating honey bees we so love.

According to the USDA, there are 20,000 named species of bees worldwide.  There are estimated to be another 20,000 species of bees left to describe.  In the US, there are approximately 4,000 species of described bees and an estimated 400 species left to describe.  The highest diversity of bees here is in the Southwest. With overlapping populations, there are 100+ species at any given location in the US.  Only about 1% of the bees in the US are non-native. Of the native bees in the US, most are incapable of stinging. Mexico also has a large amount of bee diversity.

According to UN University, there are 2,000 species of bees native to Mexico.  Beekeeping in Mexico is a big business, with 41,000 honey producers raising 2 million hives with a profit in exports of about US $56 million per year.  Honey production includes both European Honey bees (Apis mellifera) and native species.  The honey produced by each species of bee differs in its flavor as well as the amount produced.  Colony sizes in European and native bees also differ greatly. European honeybee colonies range in size from 30,000 to 50,000, while native colonies are usually much smaller from 1,000 to 5,000 worker bees.  Interestingly, native apiculture still remains in Mexico.

Native American communities in Mexico sometimes use pre-Columbian techniques in raising bees, such as using clay pots instead of more modern containers.  Sometimes native bees are used as well, contributing to the natural biodiversity of bees in Mexico. There is also one big advantage to raising native bees, unlike their European relatives, native bees don’t sting.  Being stingless, native bees are much easier to handle than the European Honeybee. There is also an ecological advantage – native bee species pollinate higher up in the colony of native tropical forests than do the introduced European bees.  Despite the benefit of not being attacked by a bee and the benefit to tropical forests, native bees are usually less profitable because they produce smaller volumes of honey per colony.

When Native Americans encountered European Honey bees in North America, they often called them the ‘white man’s fly’.  Seeing large numbers of honey bees meant European settlers were nearby, while Native Americans had already been collecting honey from native bee colonies they found in the wild.  In Mexico, the Maya had long been practicing bee husbandry when Europeans first arrived in their land.

In 2005, the Smithsonian Tropical Research Institute reported that the main native species propagated by the Maya was Melipona beecheii, one of about 500 species of stingless bees found in the tropics.  16 species of stingless bees are native to the Yucatan region. The bee’s name in Yucatec Mayan is ‘Xunan-Kab’ which translates into, ‘royal lady bee’.  Traditionally colonies of these stingless bees were reared by a Mayan priest and honey was harvested only twice a year, to avoid damage from over harvesting.

Researchers from the Smithsonian Institute of Tropical Research then decried the decline of native bee husbandry among the Mayan people of Mexico.  The decline is connected to a loss of cultural knowledge – the majority of Mayan bee keepers in Mexico are old men who aren’t passing there knowledge on.  Decline of bees as with the decline of all native species is also connected to a decline in habitat. Melipona beecheii depends on tropical forests for their survival and production of honey.  Given the threats to native honey bees, despite the 3,000 year history of beekeeping in Mexico, many Mayans are turning to European bees for beekeeping.

By 2005, there had already been a 93% decline in native bee keeping.  1,000 native bee colonies were known in 1981 but only 90 remained in 2004.  At the time, biologist Rogel Villanueva Gutiérrez predicted that native bee production would be completely gone by 2008.  Mongabay reported in 2018 that these predictions didn’t turn out to be entirely accurate.

Villanueva himself brought together 50 local people in the Mexican state of Quintana Roo and taught them native bee husbandry in an attempt to save the tradition, the bee itself and contribute to forest health.  From these modest beginnings, native bee keeping has grown and the state government has taken on financing some beekeepers. One family in the agricultural community of La Pantera has 98 bee colonies, more than all the native bee colonies being kept in Quintana Roo in 2004.

Wild bee hives are sometimes raided to create a new colony of native bees for a quick profit, hurting wild populations.  Older people also sometimes sell their bee colonies for a profit without passing down their deep, traditional knowledge to younger generations.  There are also concerns about those who start in the business without a good grounding in apiculture training and end up killing or hurting colonies by their ineptitude.  Still, a revival in traditional knowledge and connection to native wildlife is a good thing.

Beekeeping in the Yucatán peninsula of Mexico shows a way that agriculture and wild ecology can coexist, a way humans have discovered of being comfortable as part of a greater environmental whole.  Yucatán state has a history of colonial violence and oppression of Mayans, greater than in Quintana Roo. Revival of native beekeeping can be seen as a small revival of a culture long persecuted by colonists.