Newly identified microbe has the potential to transform oil to gas • 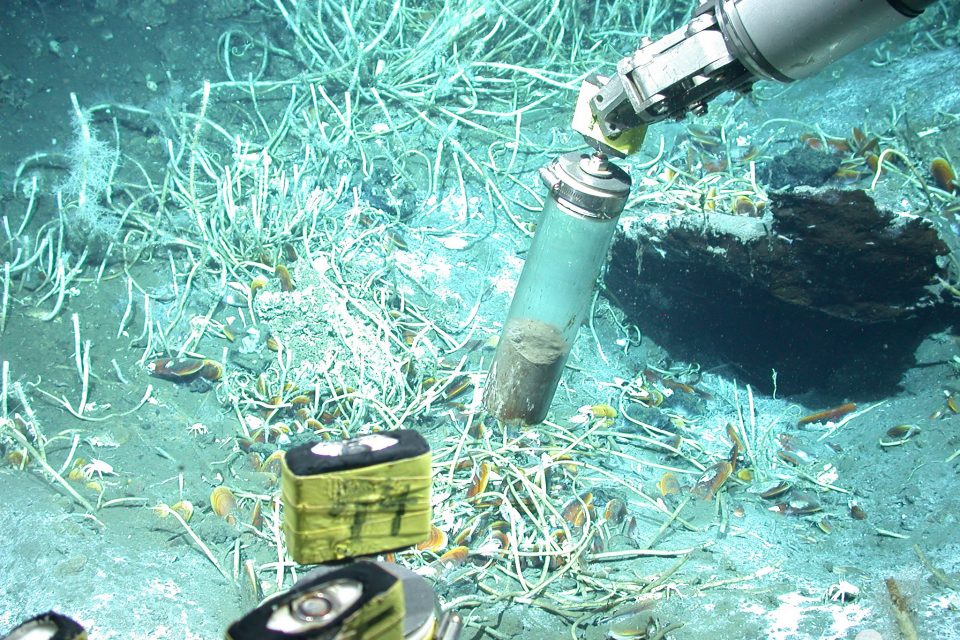 Newly identified microbe has the potential to transform oil to gas

Newly identified microbe has the potential to transform oil to gas. An oil seep is a natural leak of crude oil and gas that rises up from fractures in the seafloor. When these hydrocarbons leak out onto the sediment surface, they can support highly diverse habitats in the darkest part of the ocean.

Even deep in the sediment, where no oxygen exists, hydrocarbons provide an important energy source for subsurface microbes, such as archaea.

A new study led by scientists from the Max Planck Institute for Marine Microbiology has identified a microbe, an archaeon named Methanoliparia, that has the potential to transform long-chain hydrocarbons into methane.

The microbe uses a process called alkane disproportionation, which splits the oil into methane (CH4) and carbon dioxide (CO2). “This is the first time we get to see a microbe that has the potential to degrade oil to methane all by itself,” said study first author Rafael Laso-Pérez.

In the Gulf of Mexico, the scientists collected sediment samples from an oil and gas seep 3,000 meters deep in the ocean called the Chapopote Knoll. Genomic testing revealed that Methanoliparia is equipped with enzymes that are capable of using the oil without having access to oxygen.

“The new organism, Methanoliparia, is kind of a composite being,” said senior author Gunter Wegener. “Some of its relatives are multi-carbon hydrocarbon-degrading archaea, others are the long-known own methanogens that form methane as a metabolic product.”

“Microscopy shows that Methanoliparia cells attach to oil droplets. We did not find any hints that it requires bacteria or other archaea as partners.”Newly identified microbe has the potential to transform oil to gas

It is important to study Methanogenic microbes because their metabolic product, methane, is a potent greenhouse gas that is 25 times stronger than carbon dioxide in the short term. With this in mind, the team also wanted to investigate how widespread these microorganisms actually are.

Going forward, the scientists hope to gain many more useful insights into this new microbe.

“Now we have the genomic evidence and pictures about the wide distribution and surprising potential of Methanoliparia. But we can’t yet grow them in the lab. That will be the next step to take. It will enable us to investigate many more exciting details,” said Wegener. “For example, whether it is possible to reverse the process, which would ultimately allow us to transform a greenhouse gas into fuel. “