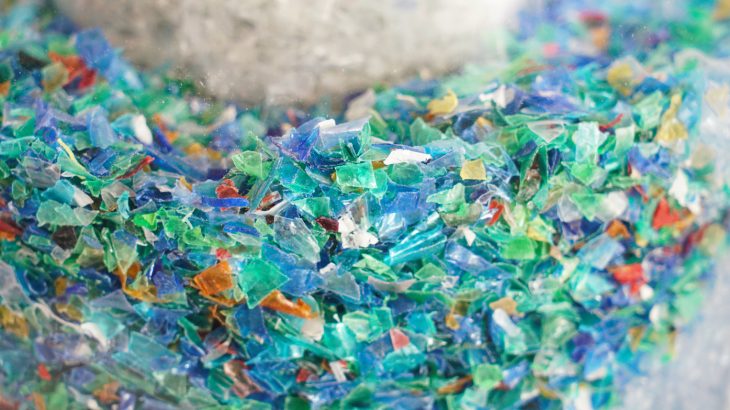 One of the hardest pollution problems to solve also happens to a result of one of the smallest man-made pollutants. Microplastics are often so small they can’t be seen with the naked eye, but they can be found in almost every environment – especially in the ocean.

The plastic waste that inhabits our oceans and rivers has numerous health consequences for animals and ecosystems, as well as ourselves. But a new study published in the journal Matter may have found a potential solution.

Researchers in Australia have developed a new strategy for ridding water sources of the microplastics that pollute them without causing harm to any microorganisms. Their work involves tiny coil-shaped carbon-based magnets in the form of carbon nanotubes laced with nitrogen.

“Microplastics adsorb organic and metal contaminants as they travel through water and release these hazardous substances into aquatic organisms when eaten, causing them to accumulate all the way up the food chain,” explains senior author Shaobin Wang, a professor of chemical engineering at the University of Adelaide. “Carbon nanosprings are strong and stable enough to break these microplastics down into compounds that do not pose such a threat to the marine ecosystem.”

In the process of decomposing microplastics, the researchers needed to generate short-lived chemicals known as reactive oxygen species. These chemicals cause chain reactions that cut up microplastic molecules into smaller, harmless segments that dissolve in water. Unfortunately, reactive oxygen species are usually produced using heavy metals that become harmful pollutants, and as a result are generally not suitable for environmental clean-up.

The research team’s solution to this problem was these carbon nanotubules, which removed a significant amount of microplastics in just eight hours while staying stable in the harsh oxidative conditions needed for microplastic breakdown. The coiled shape of these nanosprings increase stability and maximize reactive surface area, and were able to be made magnetic with a small amount of manganese within the springs.

“Having magnetic nanotubes is particularly exciting because this makes it easy to collect them from real wastewater streams for repeated use in environmental remediation,” says Xiaoguang Duan, a chemical engineering research fellow at Adelaide who also co-led the project.

Moving forward, the researchers plan on testing whether the nanosprings work on microplastics of different compositions, shapes, and origins, as well as confirm the non-toxicity of any chemical compounds occurring as intermediates or by-products during microplastics decomposition. Additionally, the researchers believe these intermediates and byproducts have the potential to be used as an energy source for the same microorganisms that microplastics are currently affecting.

“If plastic contaminants can be repurposed as food for algae growth, it will be a triumph for using biotechnology to solve environmental problems in ways that are both green and cost efficient,” says Wang.