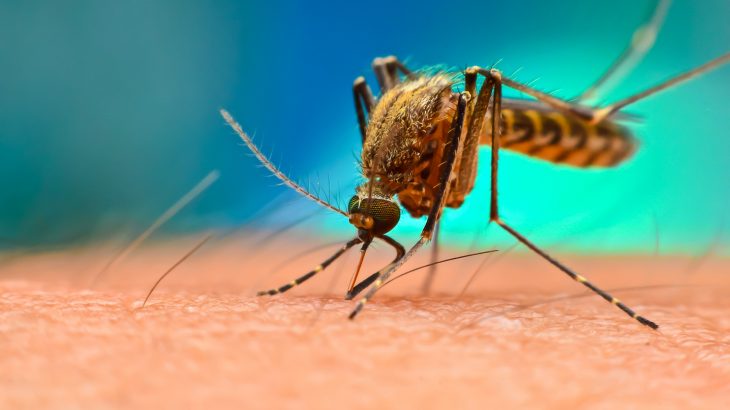 Scientists have known for years that marine animals such as shellfish and fish can ingest plastics and be contaminated by the countless bits of microplastics in our oceans. But new research now shows that microplastics can also be transported by insects through the air.

In a study published in Biology Letters, researchers report that plastic may be entering the food chain from insects eating tiny pieces of plastics while they hatch in the water. Insects like mayflies, dragonflies, midges, and mosquitoes can transport plastic from water sources into the food chain on land. This occurs when the insects are eaten by animals – such as birds and bats – which can lead to health risks for these creatures.

Researchers at Reading University tested this by observing mosquito larvae eating tiny microbeads of fluorescent polystyrene while they were hatching in a controlled environment. Microplastics are defined as being smaller than 5mm, and they were easily detected in adult flies by the researchers.

Microplastics can be made of polypropylene, polyethylene, and polystyrene – among other material. They often get into the environment by passing through household waste water in high concentrations. Synthetic clothes are a major source of microplastics, as are bottles and plastic bags after they are broken down.

“While mosquitoes were used here as a model organism, any freshwater insect that can ingest MPs [microplastics] will likely equally transmit plastics into a terrestrial adult stage,” the authors say. “This has implications for organisms that feed on adult mosquitoes with aerial and terrestrial animals accordingly open to MP exposure.”