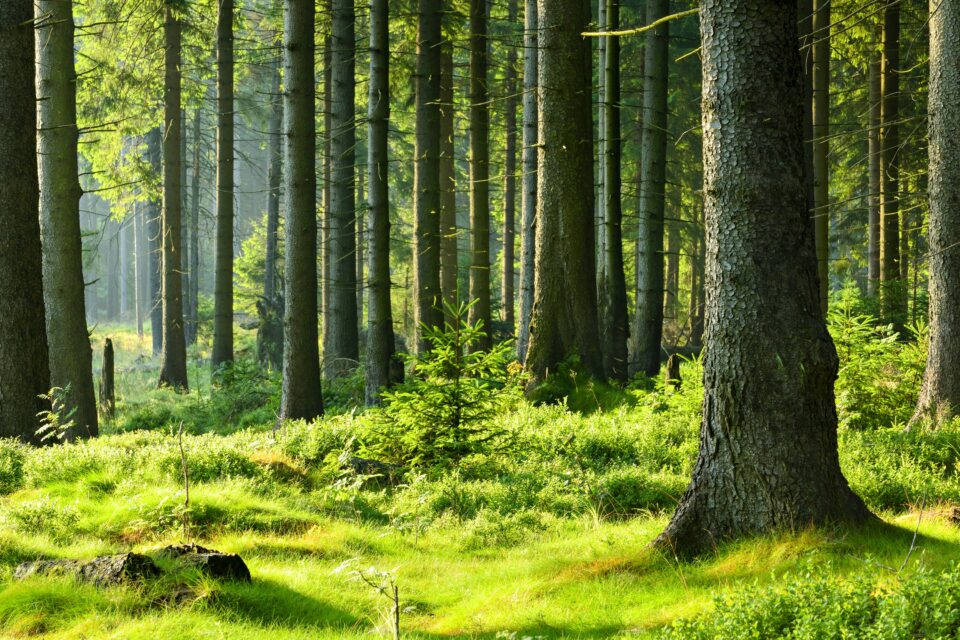 Scientists have long known that trees absorb carbon dioxide from the atmosphere during the process of photosynthesis, and convert it into oxygen and sugar, thus acting as powerful carbon sinks. For instance, the Amazon rainforest alone is estimated to have sequestered 1.7 billion metric tons of carbon dioxide over the past two decades. However, several new studies have found that, rather than working in isolation, trees are entangled with, and work alongside, a vast community of micro-fungi.

According to a study published in the journal Science in 2016, ectomycorrhizal fungi enable certain trees to absorb carbon dioxide faster, through a process known as “the CO2 fertilization effect.” These fungi live in the root systems of trees, helping their hosts absorb more water, carbon, and other nutrients, while slowing the processes of decomposition, and thus postponing the release of CO2 into the atmosphere.

These findings have already played a crucial role in agriculture, where seeding the soil with “friendly fungi” has become a promising technology for future sustainable farming. Researchers have found that one particular variety – the Arbuscular mycorrhizal fungi (AMF) – can significantly enrich soil fertility, while reducing CO2 levels in the atmosphere. Thus, such “biofertilizers” could provide a more sustainable alternative to chemical fertilizers, which can run into and pollute nearby water sources.

Moreover, according to Dr. Colin Averill, a senior scientist at ETH Zurich in Switzerland, chemical fertilizers break down the symbiosis between fungi and plant roots.

Unfortunately, widespread deforestation annihilates the fungi along with their host trees, disrupting this whole underground, climate-change fighting ecosystem. However, this system could be repaired and the fungal networks restored by transplanting soil from rich, biodiverse “donor” sites.

Recently, a non-profit organization called the Society for the Protection of Underground Networks (Spun) has been established in order to map these microscopic fungal networks and clarify their crucial role in protecting our soils. This project is a first step towards what scientists have called an “underground climate movement” aiming to safeguard this ancient life support system that plays such a major role in our fight against climate change.