Migratory birds rely on spring greening, which is now changing with the climate • Earth.com 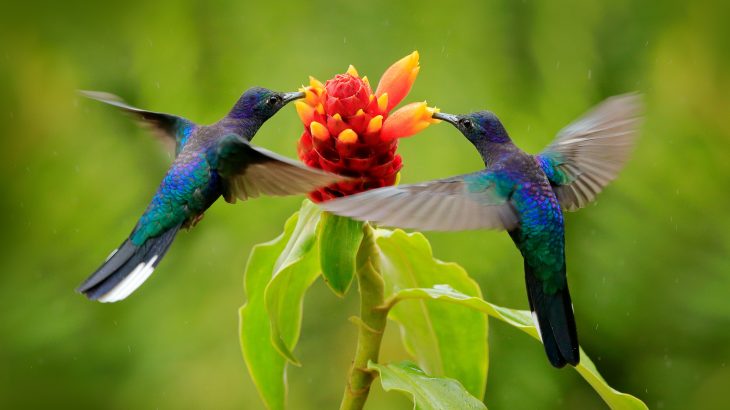 In a new study from Cornell University, scientists have confirmed that most migratory birds synchronize their movements with vegetation as it turns green or dies out across the seasons. Spring greening is now arriving earlier due to climate change, and scientists are working to understand what the consequences may be for birds that depend on these cues for migration.

“In this study, we evaluated how 230 North American migratory bird species associate with vegetation greenness across the full annual cycle within the Western Hemisphere,” wrote the researchers. “Our analysis identified different associations with vegetation greenness and different levels of evidence for phenological synchronization during spring and autumn migration.”

The study is the first of its kind to investigate the annual life cycle of migratory birds that feed on vegetation, seeds, nectar, insects, or meat across the Western Hemisphere.

“As you might expect, migration synchronization with vegetation greenness is strongest for birds that eat vegetation, seeds, or both, during spring and autumn migration, but especially during spring,” explaimed study lead author Frank La Sorte. “You could say they follow the ‘green wave’ north in the spring and then follow it in reverse during the fall, keeping pace with a wave that is retreating ahead of the North American winter.”

Not all migratory birds adjust their behavior to spring greening. For example, vegetation does not have much influence on the migratory behavior of carnivores like hawks and eagles.

Birds that eat insects during spring migration in the central and eastern regions of the United States are also less synchronized with spring greening. These particular insect-eating birds cannot rely on synchronization because they winter in Central and South America. With the Gulf of Mexico serving as a barrier, the birds cannot detect vegetation changes on either side of their range.

“Our findings emphasize the need to better understand the environmental cues that regulate migratory behavior and the implications for migratory birds if these cues change,” said La Sorte. “Unchecked climate change means it’s more likely that there will be a mismatch – migratory birds during stopover or when arriving on their breeding or wintering grounds could miss the peak food supply–no matter what they eat.”