Mindfulness may be as effective as drugs for treating anxiety • Earth.com 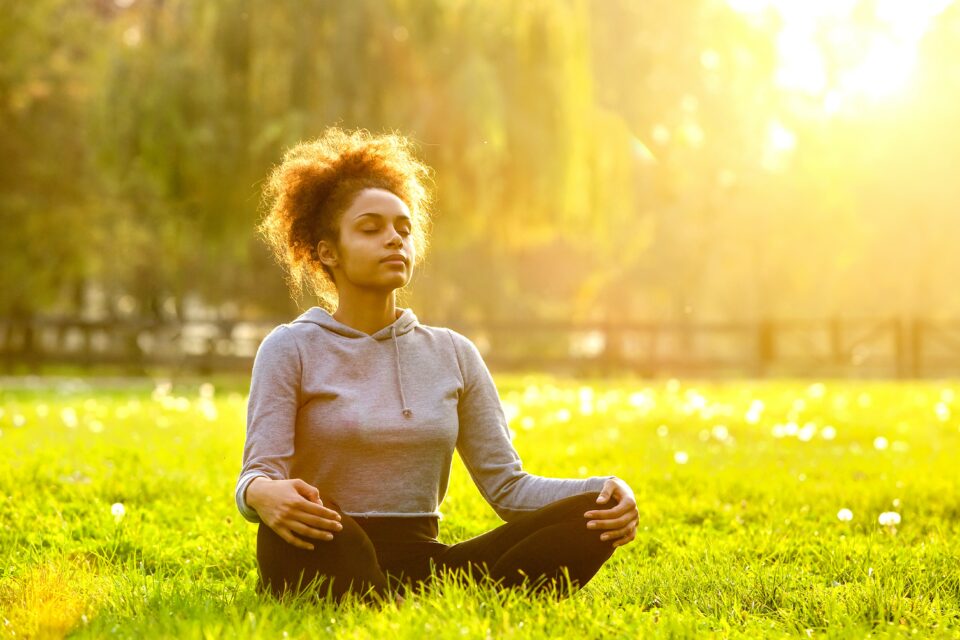 Mindfulness may be as effective as drugs for treating anxiety

Mindfulness is a form of meditation which emphasizes focusing only on what is happening in the present moment and dismissing intrusive thoughts. Sessions often start with breathing exercises and continue with full “body scans” – thinking about each part of the body systematically, from head to toe. If during these process various thoughts intrude, participants are asked to briefly acknowledge them, but then dismiss them.

Although previous research has proven the benefits of mindfulness for treating mental conditions such as anxiety disorders, no study has yet compared the effects of this practice with the use of anti-anxiety medication. Now, a team of researchers led by the Georgetown University Medical Center has found that mindfulness meditation worked as well as a standard drug for alleviating anxiety.

The scientists assigned 200 participants either to a widely used meditation program including two and a half hours of weekly classes and 45 minutes of daily practice at home, or to the daily use of a generic drug for depression and anxiety called Lexapro. After two months, anxiety decreased by about 30 percent in both groups of participants and continued to decline during the following few months. The experts used a psychiatric scale of one to seven, with the top number reflecting severe anxiety. While before starting the treatments, the average score was about 4.5, after two months, it dropped to three.

These findings are “reaffirming about how useful meditation can be when practiced effectively,” according to Sheehan Fisher, an associate professor of Psychology at Northwestern University, who was not involved in the study. However, mindfulness treatments appear to work best for patients with mild symptoms, and clinicians are still recommending drug treatments to those with severe anxiety disorders. Nevertheless, the fact that mindfulness meditation appear so effective in many cases could make insurers more likely to cover costs, which can range between $300 to $500 for an eight-week meditation class.