Modern transportation distorts how we see the world around us • Earth.com 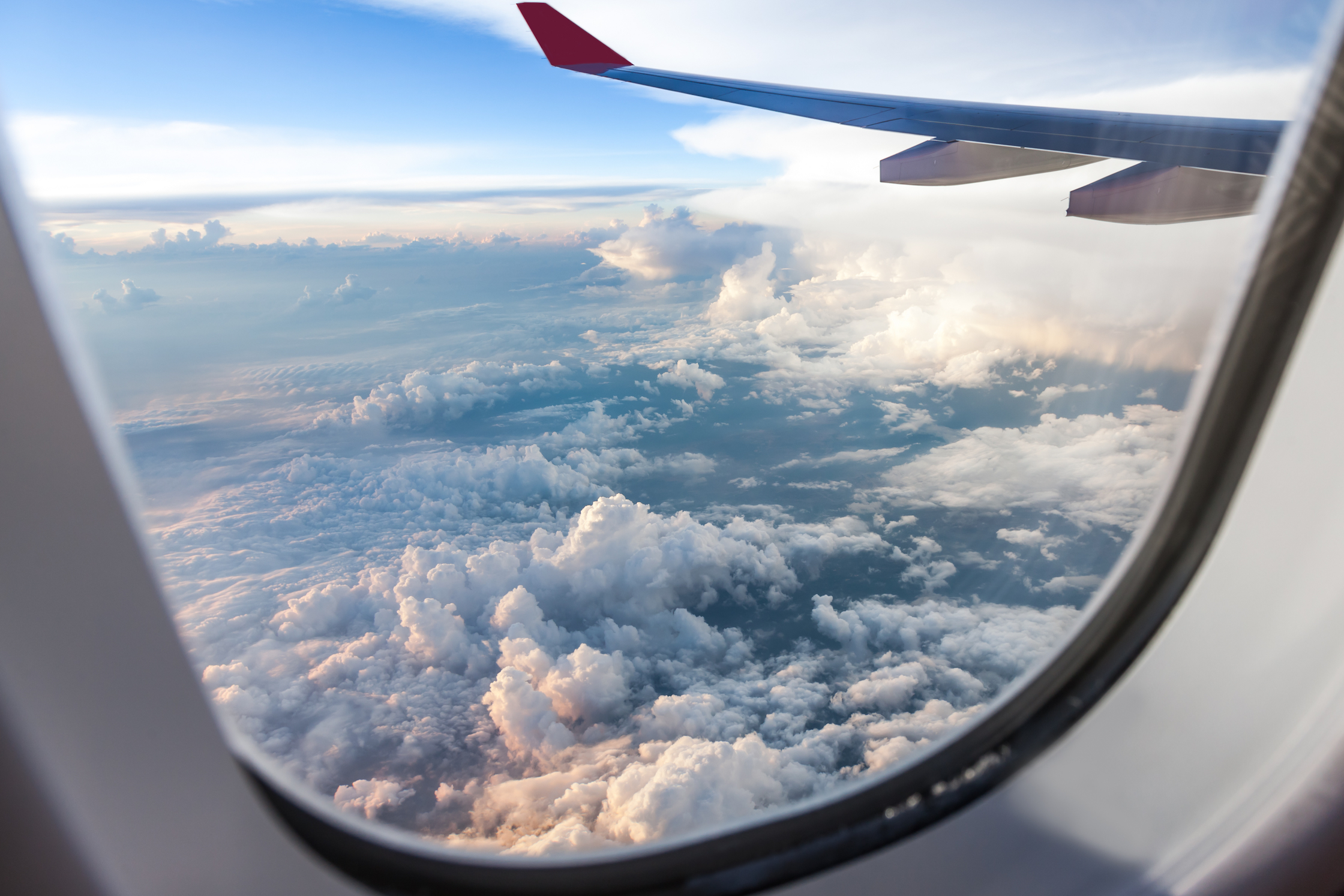 Modern transportation distorts how we see the world around us

In 1947, the first Qantas Airlines “Kangaroo route” from Perth, Australia to London took four days and nine stops.  This year Qantas started a non-stop service from Perth to London that takes only 17 hours. Take a step back, the Clipper Route is the standard for sailing from London to Australia (and could be carried onward around the globe).  A good speed for sailing from Plymouth, England to Sydney, Australia is 100 days, covering about 13,750 miles in that time.

How strangely our perception of the size of the Earth changes with technology.  100 days at sea seems a lifetime compared to 17 hours in a climate controlled airplane cabin.  In his book Arctic Dreams, Barry Lopez elaborates on this phenomena:

“To a modern traveler the arctic landscape can seem numbingly monotonous, but this impression is gained largely, I think, from staring at empty maps of the region and from traveling around it by airplane.  The airplane, like the map, creates a false sense of space; it achieves simplicity and compression, however, not with an enforced perspective but by altering the relationship between space and time.”

Lopez examines the controlled environment of the airplane and how the constant radio static, artificial lights, etc. dull the experience of the landscape right outside the window.  Dr. Zoe Thompson, in her book, Urban Constellations: Spaces of Cultural Regeneration in Post-Industrial Britain, elaborates more on the effect of windows in particular in the distortion of the landscape:

“The optimum viewing point is still a question of the correct distance.  New media technologies and material technologies such as glass serve to obliterate distance, to erase it.  But this distortion that glass enables is a distortion of our relationship to ‘first nature’. Thus, the technologized second-nature surface of plexiglass reveals something of the origin of this deformed presentation of the natural world at the same time as it spectacularizes it.”

We don’t even realize very often how something as simple as glass distorts our view of the natural world.  Watching the world through the window of an airplane, a bus, or a car is more like watching the world on a television screen in many ways than the world you see walking around.

I remember reading years ago of a man who was driving across Utah in the summer and broke down.  The man didn’t carry any water with him and he died relatively quickly before anyone stopped to help him.  It’s easy to understand how someone setting out in a journey across the desert in a self-contained, air conditioned vehicle could think himself impervious to the elements.  It’s much harder to imagine someone setting out on foot across Utah in summer and not bringing adequate water. Utah is much larger than it appears from the driver’s seat and I have even been guilty of being underprepared and running out of gas outside a town that I was sure I would make before I needed to fill up.  Luckily for me, a cop drove me to the gas station and I got back on the road relatively quickly.

According to California Trail Center it took between three and six months to complete the California Trail.  The California Trail covered the same route as the Oregon Trail until Idaho where the two diverged.  Depending on where the pioneers got on the trail, the mileage could vary but the trail was usually around 2000 miles.  A mere distance of 10 to 20 miles a day was covered by the average wagon train, a difference that can be covered on foot a day by a strong back packer.  The difference in time to cross the vast space of land we call North America today in a car is vast. Google Maps boldly asserts that the driving time from Virginia Beach, Virginia to Culver City, California, a distance of 2,766 miles, is 40 hours via I-40 west.  How much smaller must the United States seem from the driver’s seat of a car than from the bench of a covered wagon?

The distortion of the landscapes we pass through is ever increasing with the advancement of technology.  The British company Centre for Process Innovation (CPI) and a different company IXION released designs for windowless planes in 2013 and 2014.  The designs, which are purported to save on fuel, replace traditional windows with internal video screens connected to outside cameras. Beyond a camera’s view of the outside, there could be information displays on things the plane is passing over, entertainment, and even the possibility of video of a different flight that you’d rather see.  If just simple glass can distort your view of the world, how much so will high tech video displays change the view of the Earth below? It’s estimated that windowless planes could come to reality by 2024.

Driving for a solid day to cross the desert of Utah isn’t the same as walking under a brilliant sun across miles of scrabbly desert floor, spending the nights scented by the fragrance of a juniper campfire.  Driving isn’t the same either as riding a horse or guiding a covered wagon. Driving yourself across miles of scorching asphalt is different also from riding casually in a driverless car.

Driverless cars are still in their infancy, many being tested rather secretively in places like Phoenix, Arizona.  In some ways though, driverless cars have already crept into our lives when no one was looking. There has been news recently about accidents where driverless cars have killed a pedestrian or rammed into a fire truck parked on the highway.  I have little doubt that technology can increase to make driverless cars safer. Cars can’t get drunk or be distracted by the radio or an errant text message. What we gain in safety though, we may lose in perception of the world around us. A man in a Tesla died in a wreck while his car was in autopilot, was watching Harry Potter while his car plowed into the trailer of a truck in front of him.

It’s a standard view of road trips that they’re often boring.  However, it’s worth remembering that everything passing by the passenger windows is the big, beautiful and only planet we live on.  Whether you’re a passenger or a driver, you miss the world around you if you’re always watching a video screen.

Virtual reality headsets showing what may be the future of driverless cars show touch screens instead of windows and restaurant suggestions displayed by the car itself.  There is no getting lost, there is no stopping at whatever place you come to first to eat whatever is available. There is no messy, vibrant interaction with the world around us, there is only the clean, electronic interaction with human and machine.  Increasingly technology has taken the role of intermediary between us and the planet we live on, further distorting how we see the planet we are born a part of. Will the future hold a road trip where we enter a car, watch nothing but video screens, chat online for a number of hours and exit the car on the other end with no concept of the scenery passing us by?  Will travel seem like magic in that we enter a sealed container and exit it in a different place with different people and different climate without exerting ourselves in even the minor effort of driving? How different will the Earth seem in an age of driverless road trips and video screen airplanes? If an automated car breaks down halfway to a destination, will the passengers even know where they are and how to get where they’re going?

There are five levels to automation on cars, level zero is no automation and level five is full automation.  At the moment many cars have level two automation, cars that can park themselves or monitor highway lines but still require drivers.  We’re already feeling the birthing pains of the next level of technology in the accidents caused by drivers who don’t understand how the technology in their cars works.  There is a lot of talk about safety and a lot of discussion on how to make driverless cars viable for everyone. It’s hard to argue that a car driving itself isn’t safer than a drunk driver or an elderly person who can’t see well.  The loss of real perception of the world around us is something more insidious and almost no one is talking about that. How will we know we’ve lost the forest we’re driving through or that the world is too crowded with people when all we’re watching is video screens?  Like the man who underestimated the danger of driving across Utah without water, the stakes are extremely high. We could lose the planet if we ignore it. Jack Turner summed up the all too common view of nature these days in an interview with the Sun Magazine in 2014: