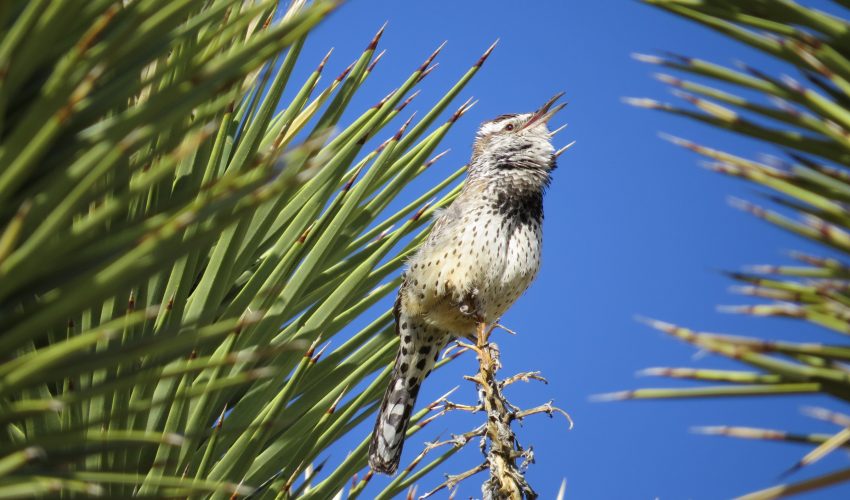 Bird populations in the Mojave Desert region of California and Nevada have been declining and climate change is most likely the culprit.

Researchers from the University of California, Berkeley surveyed 61 locations in the Mojave Desert region on both sides of the Nevada border as well sites in Death Valley and Joshua Tree National Park.

The team examined the areas for three years and the results of the study were published in the journal Proceedings of the National Academy of Sciences.

The researchers monitored areas that had been surveyed in the early 1900s through 1947 by Berkeley biologists and this helped show the major changes in bird species biodiversity in the area.

Over the past century, the researchers discovered stark reductions in bird species diversity, as the number of species dropped by 43 percent.

Recent research has shown that in some ecosystems, species decline can lead to a pattern of winners and losers, where some species’ numbers drop but that leads to other species thriving.

This was evidenced in the global hotspot of the Carrizo Plain National Monument in California, but in Mojave Desert, the Berkeley researchers have found very little evidence of any winners.

“The Mojave Desert is now nearly half empty of birds,’ said Steven Beissinger, an author of the study.

What’s driving these declines in populations and biodiversity? The researchers say that decreases in precipitation and increases in aridity and temperature are the main drivers of species decline in the Mojave Desert.

The region is becoming less and less suitable for many species of birds as a result of climate change, which is why bird populations are collapsing.

“California deserts have already experienced quite a bit of drying and warming because of climate change, and this might be enough to push birds over the edge,” said Kelly Iknayan, a fellow author of the study. “It seems like we are losing part of the desert ecosystem.”