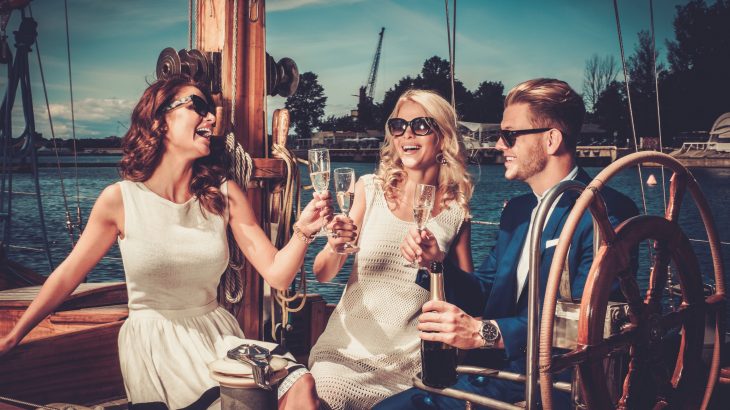 According to a new study, life expectancy isn’t as linked to income as previously thought. As it turns out, it is income mobility that has a great deal of influence on how long a person lives.

Previously, a 2016 Harvard study found that Americans who are in a higher income bracket at age 40 can expect to live six and half years longer than people who live in the lower 20th income percentile.

Six and half years is a stark difference, and the study helped illustrate how detrimental income inequality is for people in the United States.

However, researchers from the University of Copenhagen realized that the Harvard study didn’t factor in income mobility, and instead its results were based on the assumptions that the poor stay poor and the rich stay rich.

In reality, this is hardly the case as people can increase and lose incomes throughout their lives.

Over a ten year period, the researchers found that half of the poorest people move up into better income groups and half of the richest people drop down into lower income percentiles.

This mobility of income makes calculating life expectancy challenging, but the researchers were able to factor in income changes using a classic model of social mobility.

The results, published in the journal Proceedings of the National Academy of Sciences, show that there is a relatively small gap in life expectancy between rich and poor people. 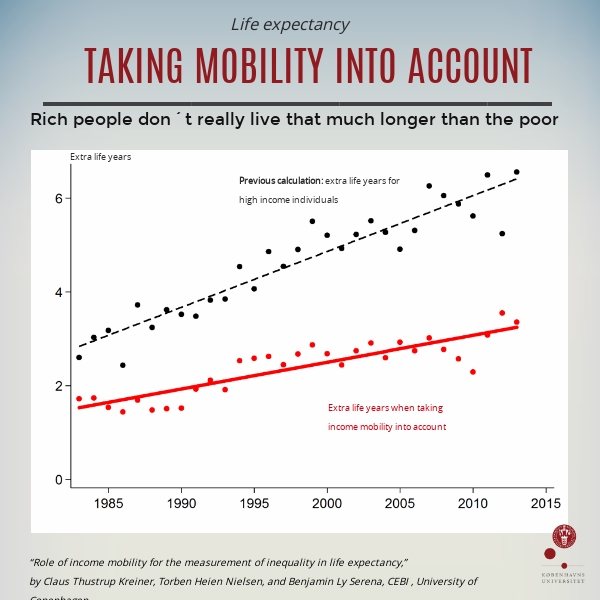 The researchers calculated life expectancy for people in Denmark at age 40 using income and mortality records from 1983 through 2013.

Income mobility resulted in a 2.4 year difference for Danish men at age 40 and 2.2 years for women. When income mobility was taken out of the equation, life expectancy difference doubled to nearly five years.

The researchers suggest that in the United States, the difference in life expectancy between high and low-income people is around three years rather than six and a half.

“Our results reveal that inequality in life expectancy is significantly exaggerated when not accounting for mobility,” said Thustrup Kreiner, a member of the research team. “This result is quintessential not only for our understanding of one of the most important measures of inequality in a society, namely, how long different groups can expect to live.”

Even though the researchers found there was less discrepancy between life expectancies for high and low-income groups, the difference in life expectancy is growing, and more research is required to determine what’s driving the wedge.